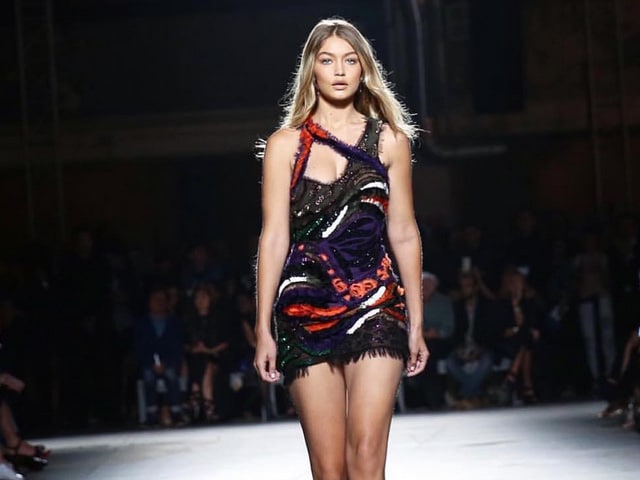 This image was posted on Instagram by Gigi Hadid

New Delhi: Stop the world, we'd like to get off please. Three women in as many months have publicly complained about being body-shamed. What's alarming about this is - all three women make their living as models. Far from being plus size or 'curvy,' the favoured fashion euphemism for those who don't conform to stringent body standards, these women are each possessed of sylphlike slimness. One is even medically underweight.

American model Gigi Hadid, 20, is the latest to call out body-shamers in a lengthy Instagram post. "No, I don't have the same body type as the other models in shows. I represent a body image that wasn't accepted in high-fashion before," writes Gigi, a revelation that might take several by surprise since she looks no different from most other models on the international runways.

"Your mean comments don't make me want to change my body," she writes, "If I didn't have the body I do, I wouldn't have the career I do."

Just last week, model and actress Lisa Ray caused some amount of seismic activity when she claimed to be body-shamed. She told news agency IANS, "I get it as well. We have a lot of trolling and things like that. I am very proud of who I am today but honestly, I have to struggle with it as well." (Also Read: Lisa Ray Claims She Gets Body-Shamed. True Story)

"We have to stop putting up with these unrealistic aspirations and it has to start with the media. There is so much of photo shopping and things like that that go on in the media. I think we all love beautiful images but we also have to understand what goes into making those images," added Lisa who is 43.

Both Gigi and Lisa were preceded by Swedish model Agnes Hedengard who is 19-years-old, stands 5'11" tall and has a BMI measuring 17.5, which makes her medically underweight. In a startling confession posted on YouTube, Agnes says she doesn't get many jobs because she is considered "too big" in the modelling industry. "They think my hips are too wide," she says. "According to the modelling industry, you cannot look like this."

'This' is a figure that several women would die for. Watch Agnes' video:


Closer home, actresses like Sonakshi Sinha and Parineeti Chopra have been given a hard time over their weight. Aishwarya Rai Bachchan's perceived failure to lose her post-pregnancy weight within an industry-approved time limit was discussed endlessly. Kareena Kapoor's 'size zero' body became a national obsession of sorts.

Those who belong to the famously unforgiving business of glamour and showbiz can, perhaps, expect to judged more harshly than those who do not make a living off the way they look - but if even women who occupy the thinnest end of the weight spectrum are claiming to be called out, what hope is there for the rest of us?