Aishwarya Rai Bachchan's expressions in the video are just priceless 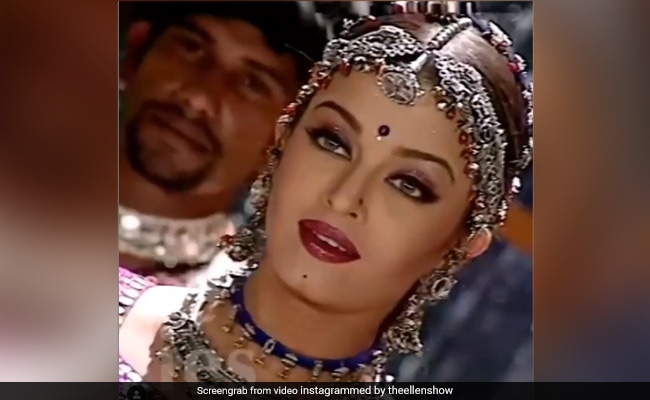 Aishwarya in a still from the video. (courtesy: q ueensbolly)

Internet users have a lot of time to spare, what with the 21-day lockdown. On Wednesday, we chanced upon one such video of Aishwarya Rai Bachchan, which was shared by several fan clubs dedicated to her on Instagram. The video is said to be from the sets of an unreleased 1997 film titled Radheshyam Sitaram. In the video, the actress can be seen dancing, dressed in a heavily embroidered lehenga and jewellery. The actress looks stunning as ever. FYI, the song that plays in the backdrop is not from the aforementioned film. It is a track from the film Dil Ka Rishta, which also starred Aishwarya.

Aishwarya Rai Bachchan's last release was the 2018 musical Fanney Khan, co-starring Anil Kapoor and Rajkummar Rao, which was a box office debacle. She also dubbed for the Hindi version of Disney's Maleficent: Mistress Of Evil.

Aishwarya Rai Bachchan will next be seen in Gulab Jamun, co-starring her actor-husband Abhishek Bachchan. The film will be produced by Anurag Kashyap.