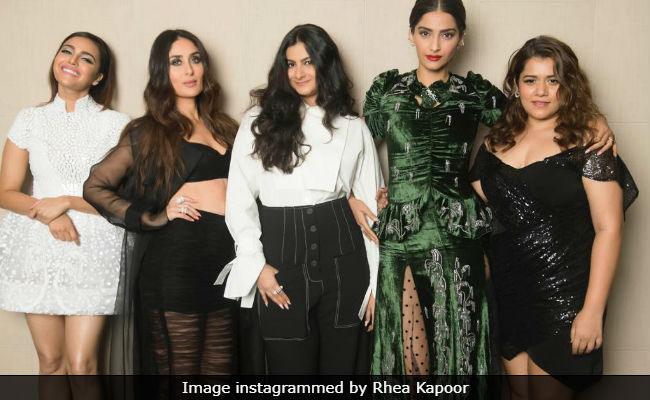 New Delhi: Are you keeping up with Veere Di Wedding promotions? Because that's where you'll get your summer fashion fix. While browsing through Kareena Kapoor, Sonam Kapoor, Swara Bhasker and Shikha Talsania's social media accounts to find the perfect OOTD, we learnt that one of the four veeres 'raided' producer Rhea Kapoor's closet. Swara Bhasker shared a picture of herself from her latest promotion outing and mentioned that her Tod's brogues are from Rhea's personal collection. On her Instagram story, Swara added that most of her footwear is from Rhea's closet. This did not stop the internet from falling for Swara's new role as a style icon. "You're killing it every day with these looks... loving these looks," read one comment.

Veere Di Wedding promotions kicked off last week after Sonam returned from the Cannes Film Festival. Sonam, Kareena, Swara and Shikha aced all the promotional appearances so far and nothing less was expected with stylist-in-chief Rhea Kapoor at the helm of the affairs.

Before their promotional duties, Rhea Kapoor styled the quartet in the film. Rhea recently told mid-day that she headed a team of 10 stylists to curate Sonam, Kareena, Swara and Shikha's wardrobe. She also said that none of the actresses interfered in the costume department's work and "trusted them blindly."

Promoted
Listen to the latest songs, only on JioSaavn.com
"When we started off, the brief was to create a young and contemporary wardrobe for each of these women. In the second stage, we had to take into account the style of each character - their outfits had to be unique to their personalities in the film," she said.