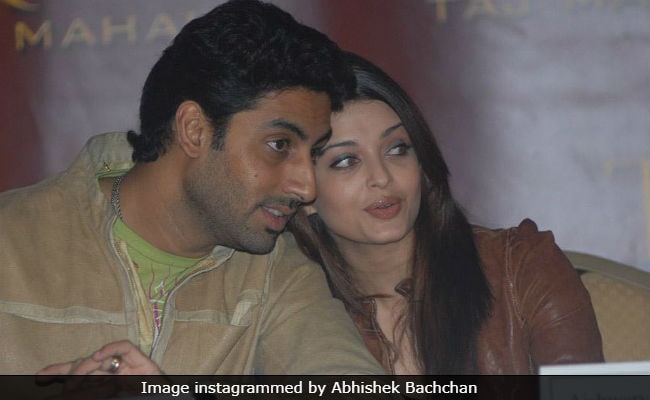 Abhishek Bachchan's #FlashbackFriday post features a decade old professional trip he was a part of along with his wife Aishwarya Rai Bachchan and several other members from the film industry. Abhishek shared a photo of himself and Aishwarya taken during a press conference of the 2008 'Unforgettable Tour.' He wrote: "During a press conference while we were on the "Unforgettable Tour" back in 2008. Think this was in Atlantic City. #TheMrs." Aishwarya and Abhishek were married for a little over a year at the time of this tour and they danced to several songs from their film as a part of the dance tour.

This throwback picture made the day for fans of the actor couple. "You guys make the world a nicer place, keep on loving," wrote a happy fan in the comments section.

#FlashbackFriday During a press conference while we were on the "Unforgettable Tour" back in 2008. Think this was in Atlantic City. #TheMrs.

Abhishek Bachchan is currently basking in the success of Manmarziyaan while Aishwarya rai Bachchan was last seen in Fanney Khan, which tanked at the box office. Abhishek and Aishwarya are reportedly co-starring in Anurag Kashyap's next project, tentatively titled Gulab Jamun.