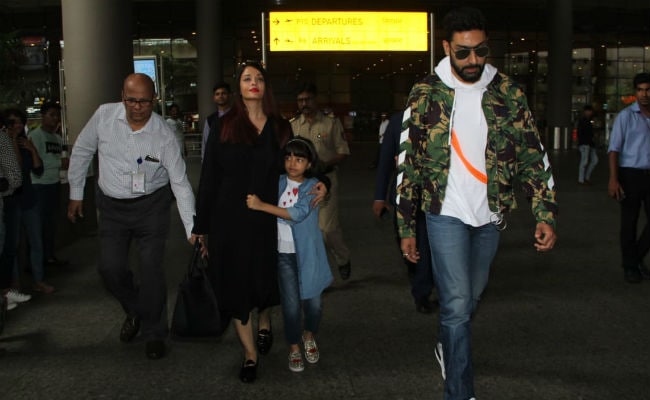 Abhishek, Aishwarya with Aaradhya at the Mumbai airport.

After a web portal "made-up a false story" about Abhishek Bachchan's alleged fight with his wife Aishwarya Rai Bachchan, the 41-year-old actor condemned it in a tweet. On Monday Abhishek tweeted: "Please refrain from making up false stories. I understand the need to continuously post, but would really appreciate it if you could do so responsibly and without mischievous intent." The said story was based on video of the Bachchans arriving at the Mumbai airport, in which Aaradhya, hugging her mom tightly, walked a little behind Abhishek. The report claimed that following a fight, Aishwarya did not let Abhishek take Aaradhya's hand while walking out of the airport. The story was pulled down from the website after Abhishek Bachchan tweeted this:

With due respect. Please refrain from making up false stories. I understand the need to continously post, but would really appreciate it if you could do so responsibly and without mischievous intent. Thank you.

The aforementioned video was taken when Abhishek and Aishwarya returned to Mumbai from their London vacation. Here are pictures from the same day: 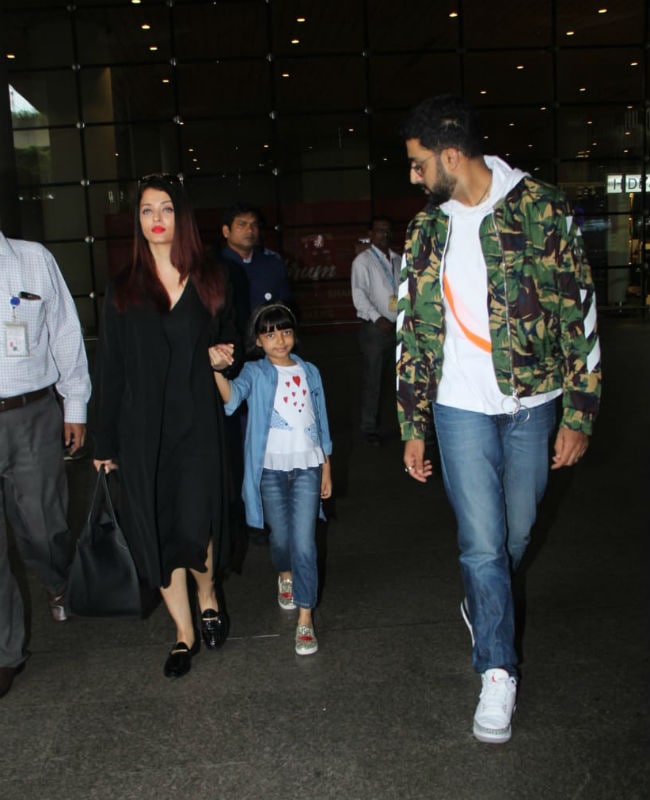 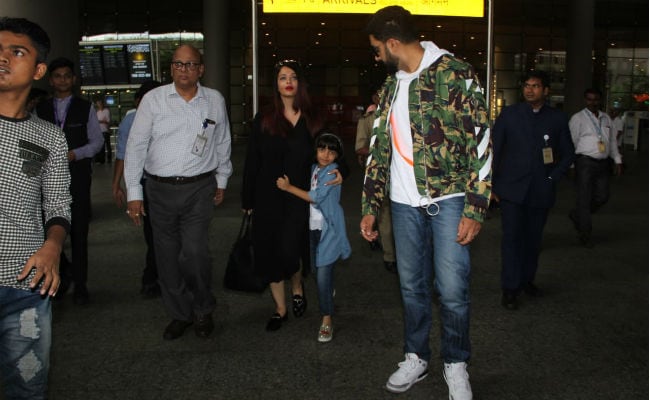 Before converging in London, Aaradhya accompanied Aishwarya to her work assignment in Paris while Abhishek went to Russia with his father Amitabh Bachchan; and niece and nephew Navya Naveli and Agastya, where they attended the FIFA world cup semi-final match.

On the Internet, Abhishek Bachchan is straightforward when it comes to an attack on his family, especially Aaradhya. In the past, Abhishek has silenced trolls in classiest possible ways who tried attack his daughter. In 2015, Abhishek Bachchan had a showdown of sorts with an Internet user trolling him for his choice of films. For Abhishek, everything was okay until the Internet user brought Aaradhya in the picture:

@Mayankaryan084 don't like my movies? That's cool. Will work harder to make movies you like. Bringing my daughter into it is NOT cool.

Last year, Abhishek was tagged in a tweet, in which Aaradhya's school schedule and "trips with her mom" were questioned. The Internet user wrote: "... Or are u guys going for beauty without brains. Always hand in hand with a arrogant mom. Not having a normal childhood. (sic)"

This was Abhishek's reply:

Abhishek Bachchan will be next seen in Anurag Kashyap's Manmarziyaan, releasing in September.