What you're about to see may just be the cutest video on the Internet today, featuring Karan Johar's twins Roohi And Yash 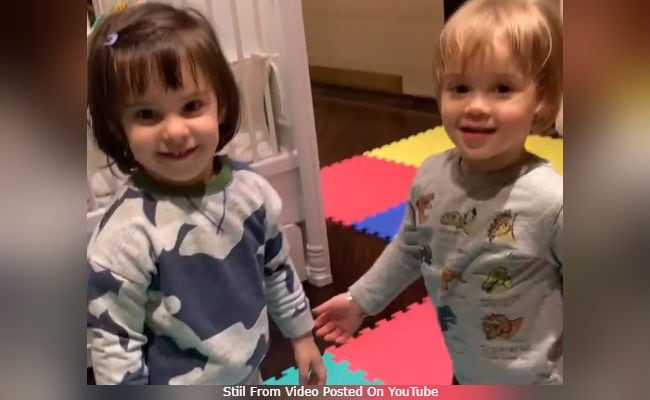 Roohi and Yash were born in February 2017 (Image courtesy: Instagram)

What you're about to see may just be the cutest video on the Internet today and will surely make your weekend. Thank Karan Johar for sharing this adorable video of his little twins Roohi and Yash. The video, all about sibling love, is a sight to behold. Roohi and Yash seem to have a fabulous time together before going to bed and their dad has perfectly captured their playdate. What's interesting is the caption with which Karan has captioned the video. It says 'toodles' (remember his famous India's Got Talent video?). Yash appears to be busy with his own things and later, he goes up to his sister Roohi and kisses her cutely and hugs her. "That's too much love now," Karan says. Guess who appears in the video after Roohi and Yash? Their grandmother Hiroo Johar, on whom the video ends. Of course, Karan made her say 'Toodles.'

"OMG. Puddings," is how Ranveer Singh reacted to the video while Shweta Bachchan Nanda wrote, "Melting. They're too much."

Roohi and Yash were born via surrogacy in February 2017 and have been named after Karan Johar's parents. Roohi is a rearrangement of Hiroo Johar's name while Yash received his name from KJo's filmmaker father Yash Johar.