Kareena Kapoor looks cute as a button in this throwback picture 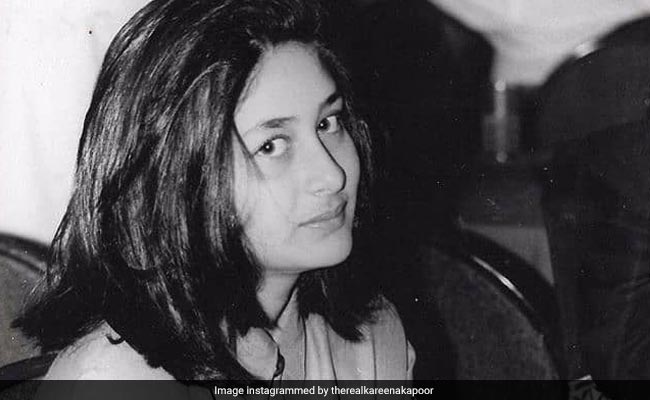 Kareena Kapoor might be a social media recluse but thanks to her several fan clubs (there are so many) on Instagram, who frequently treat the actress' fans to some rare pictures. On Friday, we chanced upon one such throwback picture from Kareena's teen days which was curated by one of her fan clubs on social media. In the photograph, little Kareena can be seen dressed in an oversized shirt and a checked skirt and we must tell you that the actress looks simply adorable as she stares at the camera. The comments section was replete with comments like "Cutie pie" and so cute."

Without much ado, take a look at this throwback picture of Kareena Kapoor here:

Kareena occupied a top spot on the list of trends on Friday after a video from the sets of Angrezi Medium surfaced on social media. In the video, the 38-year-old actress can be seen dressed in a cop's outfit as she strolls on the streets of London. This is the video we are referring to:

Kareena Kapoor is currently in London, where she is shooting for her forthcoming film Angrezi Medium. During her London visit, Kareena was accompanied by her sister Karisma Kapoor. Here are some pictures from Kareena's London visit:

On the work front, Kareena Kapoor will be seen as one of the judges in the TV dance reality show Dance India Dance. Besides Angrezi Medium, Kareena also has Good News and Takht in the pipeline. The 2018 film Veere Di Wedding remains Kareena's last release.