"Thank you for loving me despite all my crazy," wrote Anshula Kapoor 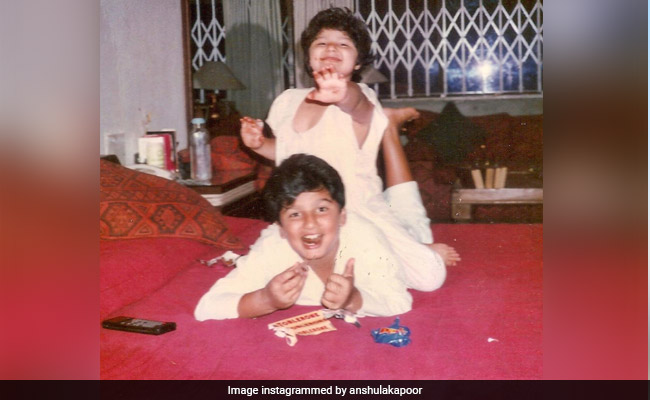 Anshula Kapoor shared a precious throwback picture with her "favourite human" Arjun Kapoor on her Instagram profile. The picture happens to be from the brother-sister duo's childhood days. In the picture, littler Arjun and Anshula can be seen twinning in white as they happily pose for the camera. Anshula captioned the post: "Just a Sunday appreciation post for my favorite human... Thank you for loving me despite all my crazy." She added the hashtags #WhereThemEyesAt, #JuniorKapoors, #Number1SinceDay1 and #TobleroneIsStillBae to her post.

Arjun Kapoor made his Bollywood debut with the 2012 film Ishaqzaade and he has featured in films such as 2 States, Gunday, Finding Fanny, Half Girlfriend and Mubarakan among others. The actor was last seen in the period drama Panipat along with Kriti Sanon and Sanjay Dutt.

He will next be seen in Sandeep Aur Pinky Faraar, in which he will share screen space with Parineeti Chopra. The actor will also feature in Bhoot Police, co-starring Saif Ali Khan, Fatima Sana Shaikh and Ali Fazal.