Arjun Kapoor and Malaika, 47 today, have been dating for quite some time now 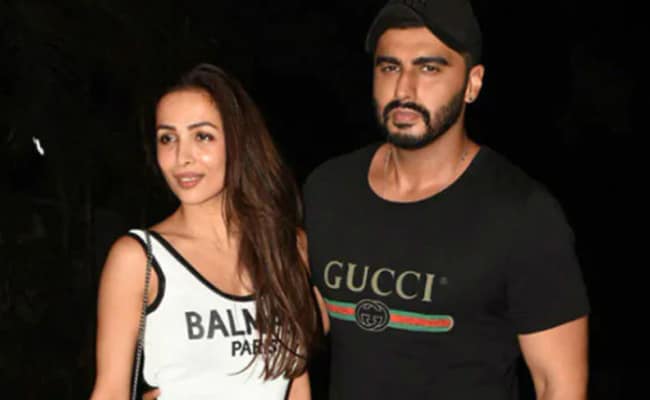 On Malaika Arora's birthday, her boyfriend, actor Arjun Kapoor, wished her in a really adorable way on social media. Arjun Kapoor and Malaika, 47 today, have been dating for quite some time now. They often trend on social media for leaving loved up comments on each other's posts. To wish the actress on Friday, Arjun Kapoor picked a cute photograph of her and wrote: "Happy birthday, my fool." The photo shows Malaika Arora sporting a peach tracksuit and flip flops and posing with her pet pooch Casper. Her pout in the picture stole the show. Here's a screenshot of Arjun Kapoor's Instagram story: 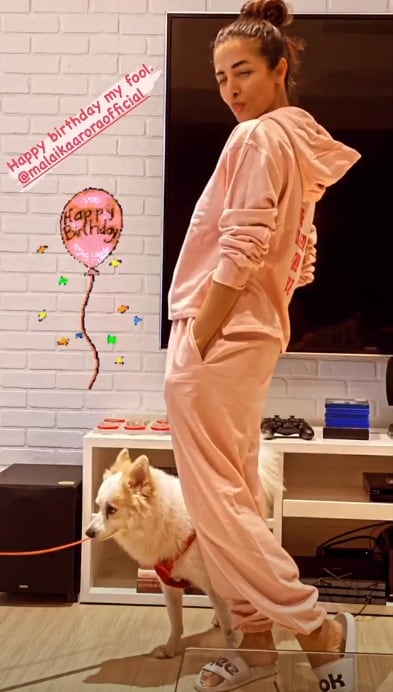 Arjun Kapoor and Malaika Arora rarely post photos with each other on Instagram but whenever they do, they send the Internet into a tizzy. On Arjun Kapoor's birthday this year, she shared a picture of the actor and called him her "sunshine." Malaika also treated her fans to a loved up pictures of themselves earlier this year. Take a look:

On Janta Curfew earlier this year, the couple were spotted clapping together from the balcony to cheer for COVID-19 fighters.

In terms of work, Malaika Arora is currently seen as one of the judges on the TV reality show India's Best Dancer. She also appeared in the track Hello Hello from the 2018 film Pataakha. Arjun Kapoor, on the other hand, was last seen in Ashutosh Gowarikar's Panipat, in which he co-starred with Kriti Sanon and Sanjay Dutt. The actor will next be seen in Sandeep Aur Pinky Faraar, alongside Parineeti Chopra.