This picture redefines romance and how 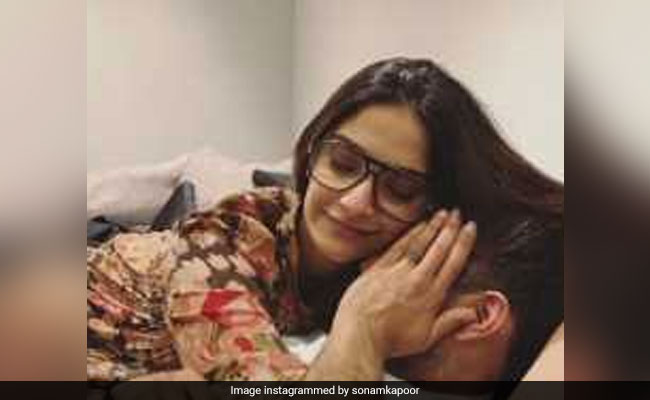 Sonam Kapoor and Anand Ahuja, why so cute? Anyone who has seen Sonam Kapoor's latest mushy picture with her husband Anand Ahuja, will surely ask the same question. The Neerja actress shared a loved-up picture of herself along with Anand on her Instagram story and it will surely make you go "aww." In the oh-so-adorable picture, Sonam can be seen lovingly embracing Anand as he goofily hides his face. Dressed in a printed outfit, Sonam can be seen sporting a pair of over-sized glasses in the picture and her expression is just too cute to be missed. "Coffee breaks be all coochie coochie," read the caption on Sonam Kapoor's Instagram story. 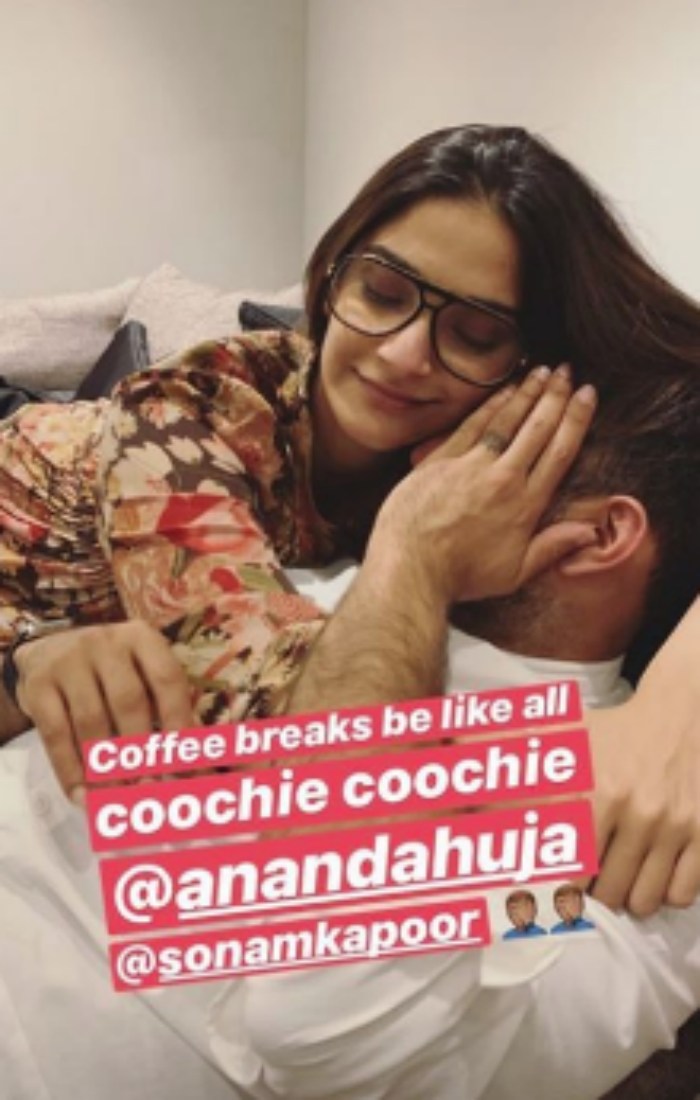 Sonam Kapoor and Anand Ahuja, who got married in May last year, are frequently seen documenting their love for each other on social media. Sonam and Anand, usually accompany their loved-up posts with the hashtag "#Everydayphenomenal." Sonam shared a super cute picture of herself along with Anand a few days back and captioned it: "Nothing compares to you."

Anand Ahuja also treats his Instafam by sharing mushy pictures of himself along with Sonam. Remember his "airport shenanigans" post? ICYMI, this is the post we are talking about:

Sonam's fans will next get to see the actress in The Zoya Factor, alongside Dulquer Salmaan and Angad Bedi.