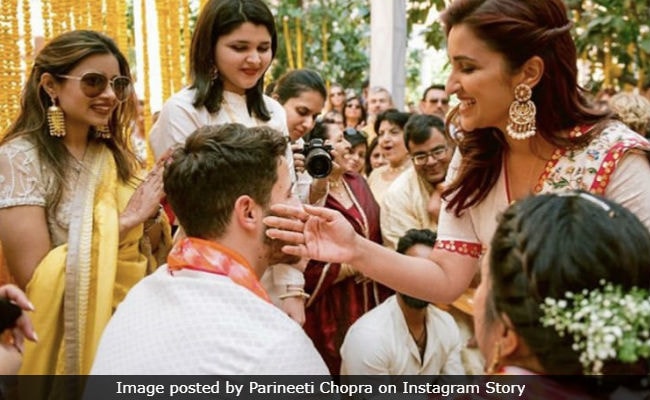 Actress Parineeti Chopra appears to be on a photo-sharing spree and we are not complaining. She recently shared pictures from the haldi ceremony of her cousin Priyanka Chopra and Nick Jonas' wedding celebrations. A photo of Parineeti teasing and applying haldi on her brother-in-law Nick Jonas' face has placed the Ishaqzaade actress on the list of trends. Parineeti Chopra shared the picture on her Instagram Story, along with a few more photos of herself dressed in a stunning yellow outfit by Kanika Kapoor's House Of Chikankari (which she wore to the mehendi function). For the haldi ceremony, Parineeti opted for Sukriti & Aakriti label.

Here's the now viral picture shared by Parineeti Chopra on her Instagram Story: 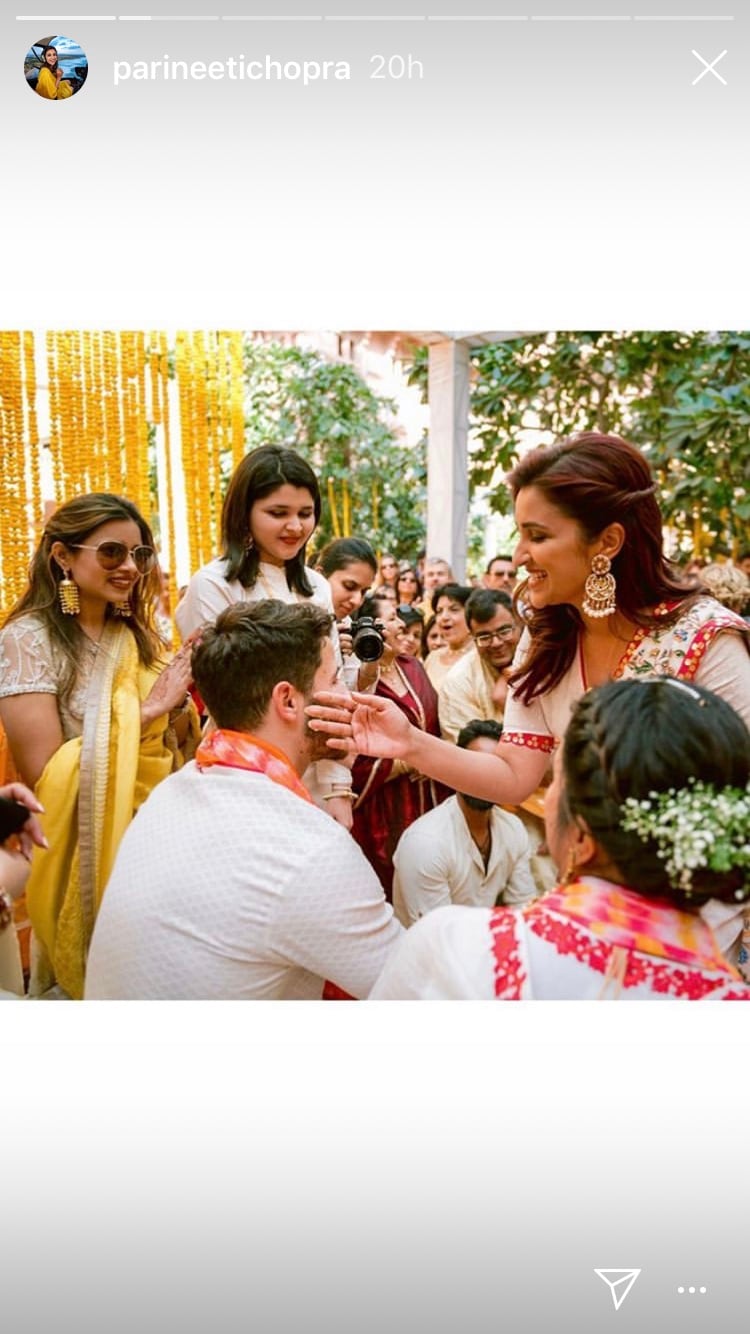 On Tuesday, Parineeti also shared a photo of Priyanka from the mehendi ceremony, in which she posed with her bridesmaids. Priyanka wore a lehenga by Abu Jani Sandeep Khosla on her mehendi.

Priyanka Chopra married singer Nick Jonas in December in Jodhpur. Their wedding celebrations were held in the Umaid Bhawan Palace. Priyanka and Nick exchanged their wedding vows in a Christian ceremony on December 1 and their Hindu wedding was held on December 2. Priyanka wore Ralph Lauren to her Church wedding and she opted for a Sabyasachi tonal red lehenga for the Hindu ceremony.

Priyanka Chopra and Nick Jonas are currently in Los Angeles. They've recently returned from their Caribbean honeymoon after an extended family vacation in London and Switzerland.

Priyanka Chopra is awaiting the release of Hollywood film Isn't It Romantic and Bollywood film The Sky Is Pink.