This Is When Saif Ali Khan's Baazaar Will Release 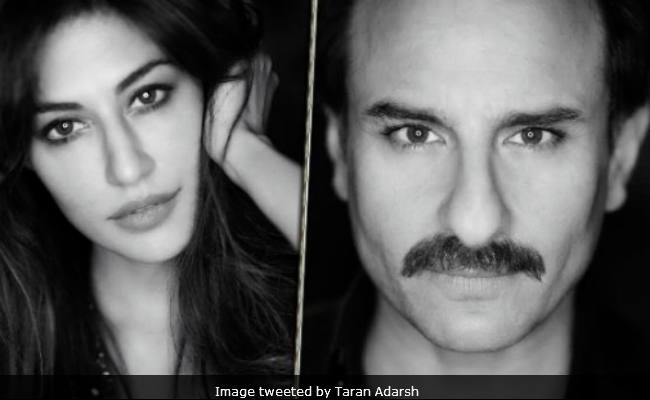 New Delhi: Saif Ali Khan's Baazaar will release on April 27th, this year. Baazaar, which features Saif Ali Khan as the antagonist (street-smart Gujarati businessman), is set against the backdrop of stock market happenings. The film also features actresses Chitrangada Singh and Radhika Apte. Baazaar film's official Twitter handle announced the release date today with a photo, which features the lead characters of the film: "Thrilled to announce that Baazaar is all set to release on April 27th, 2018. See you at the cinemas near you! Stay tuned for more updates." Baazaar is also Vinod Mehra's son Rohan Mehra's debut film.

Thrilled to announce that #Baazaar is all set to release on 27th April 2018. See you at the cinemas near you! Stay tuned for more updates.. pic.twitter.com/Ri7ClT635i

Of Baazaar and his character in the film, Saif Ali Khan earlier told PTI: "My character is like a nasty antagonist. Rohan Mehra (his debut film) is the hero. It is exciting to play strong and powerful roles. I don't distinguish between roles, it is funny. The idea is even if you play bad, if it is well-written, people don't think actors are being evil or nasty."

Produced by Nikkhil Advani, Baazaar was earlier scheduled to release in December last year but will now release in April, this year.

Promoted
Listen to the latest songs, only on JioSaavn.com
Saif Ali Khan, who was last seen in Chef, will also feature in Kaalakaandi, which releases on January 12th. Radhika Apte will soon star in PadMan, co-starring Akshay Kumar and Sonam Kapoor while Chitrangada Singh has Saheb Biwi Aur Gangster 3 in the pipeline with Sanjay Dutt.