This is What Honey Singh Has to Say About Rapper Badshah 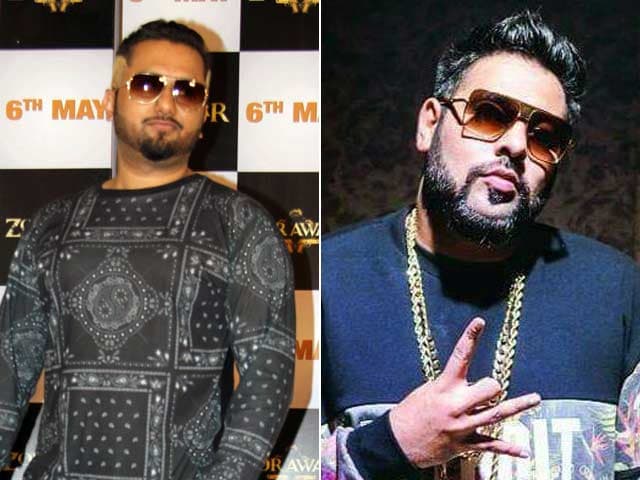 Image on the right was posted on Facebook by Badshah.

Mumbai: They may have collaborated earlier on hit songs. But now, rapper Honey Singh says that the difference between his music and singer Badshah's is that of a Rolls-Royce and a Nano.

The duo worked together for six years until 2012 on songs such as Get up Jawani and Khol Botal.

Badshah launched his first single in 2006 with Honey.

During Honey's 'break' from the music scene, Badshah gave chartbusters like DJ Waley Babu and the recent song Kar gayi chull from Kapoor And Sons.

When Honey was asked whether Badshah has taken over the music scene in his absence, Honey said: "Have you driven a Rolls-Royce? There is a difference between a Rolls-Royce and a Nano."

The 32-year-old singer was speaking at the trailer launch of his upcoming Punjabi film Zorawar.

Honey, who reportedly was in a rehab, did not divulge the reason for his absence but said that it was an "important phase" of his life.

"It's a long story. I had disappeared for almost 18 months. There were lots of rumours about where I was. But today I'll talk about my movie. Very soon, I'll give an interview where I'll tell you the entire story about what had happened with me. That's an important phase of my life," said Honey.

It was also reported that Honey had a fight with superstar Shah Rukh Khan during the latter's world tour, but Honey dismissed the reports.

"Nothing like that happened. We have a great relation with each other. I met him after one-and-a-half years at an award function recently. We couldn't meet earlier," said Honey.

In Zorawar, Honey will make his debut as a lead actor in films. He was earlier seen in Himesh Reshammiya's The Xpose.Honey said that he wanted to try his hands at acting and feels that it was a challenging task.

"I don't consider myself just a rapper or singer. I am a music producer, lyricist and poet. Acting is also a part of big entertainment. So, it was something which was left. It is a tough job to portray a character and make it believable onscreen," he said.

Directed by Vinnil Markan, Zorawar is scheduled to release on May 6.