This Choreographer Danced With Shah Rukh Khan In Pardes And Then In Zero, 21 Years Later 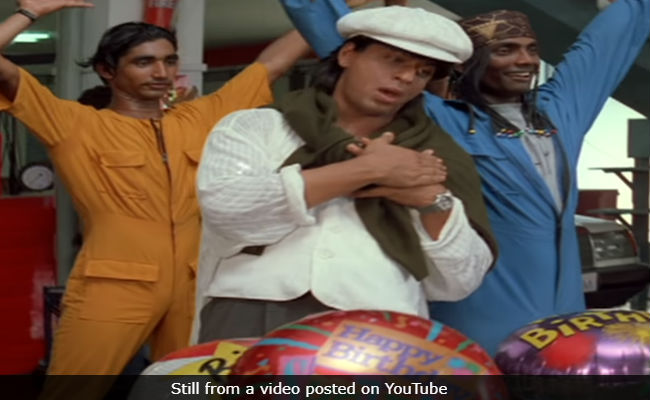 When Shah Rukh Khan promoted his newly-released film Zero on Remo D'Souza's dance reality show Dance+ 4, he revealed that the choreographer director was among the background dancers in the song Meri Mehbooba from 1997 film Pardes, reports news agency IANS. 21 years after Pardes, Remo shared the dance floor with Shah Rukh Khan in Zero song Ishaqbaazi, in which SRK as pint-sized Bauua Singh easily outperformed Remo in a dance competition. "21 Years ago, on this very set when we were shooting for Pardes' Meri Mehbooba song, there was this guy who was wearing a blue jumpsuit and dancing behind me and I didn't even know his name," Shah Rukh said on the show, reports IANS.

"Nobody knew that this boy will go on to become what he is today and Remo has achieved great heights of success because he believed in his craft and passion," he added. Apart from featuring in Ishaqbaazi, Remo D'Souza also choreographed Shah Rukh in Zero song Mere Naam Tu.

Shah Rukh praised Remo for his dedication and said: "If you work hard, you can also become like him. Right from that song to choreographing us in Zero, his kindness, goodness and hard work has paved the way for him to be where he is today. Remo uses the artistes personality amazingly in the choreography and I want to thank him for the way he has created Mere Naam Tu song in Zero."

Remo D'Souza is a celebrated choreographer and he won a National Award for his work in Bajirao Masatani song Deewani Mastani. He has also directed films like the Any Body Can Dance series, Race 3 and A Flying Jatt.