Kiku tweeted a picture of himself "Enjoying a peaceful Chinese meal with no monosodium glutamate" - as Twinkle wrote he should in a column titled "When the Love Charger ran out of battery." 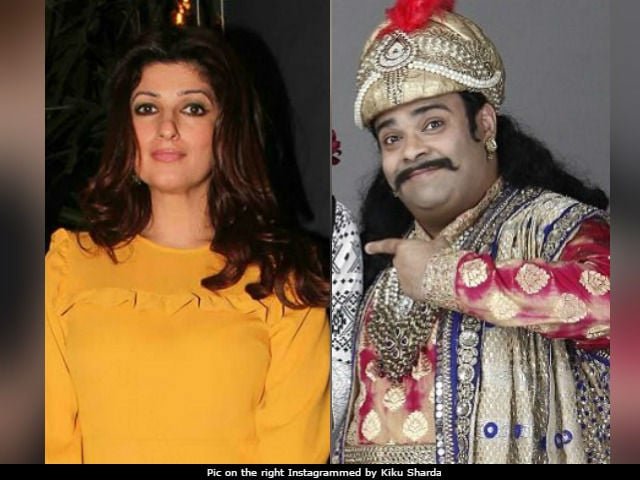 New Delhi: We call your attention to a Twitter exchange between columnist-author Twinkle Khanna and comedian Kiku Sharda, involving disgraced Dera Sacha Sauda chief Gurmeet Ram Rahim - or, as he styled himself in a series of recent films, MSG. Kiku tweeted a picture of himself "Enjoying a peaceful Chinese meal with no monosodium glutamate" - as Twinkle wrote he should in a column titled "When the Love Charger ran out of battery." She noted his post and responded with one of her own: "And life moves on with its tongue firmly in its cheek." See the exchange between Twinkle Khanna and Kiku Sharda here:

The backstory here is this - last year, Kiku was arrested briefly for mocking Ram Rahim on the TV show Comedy Nights. On Friday, Ram Rahim was convicted of rape, a verdict that sent his followers into paroxysms of violence which left several dead and many more injured. On Sunday, Twinkle published her column, dedicating inches to Ram Rahim's series of films starring himself as the 'Messenger of God' (or MSG, if you will) and the 'Love Charger Baba.' She ended with a note for Kiku who, Twinkle wrote, "should immediately go to the nearest Chinese restaurant to celebrate, order a beer and tell the waiter, 'I don't want any monosodium glutamate in my Schezwan chicken, you people should lock away your MSG too."

He did just that, it appears.

Promoted
Listen to the latest songs, only on JioSaavn.com
Twinkle Khanna, whose Mumbai neighbourhood Ram Rahim moved into some months ago, posted this tweet after the Dera Sacha Sauda head was convicted:

Our fault Babas exist as we turn towards them like silly sunflowers looking for the sun,forgetting that a halo is just a trick of the light!

Gurmeet Ram Rahim has been sentenced to 20 years in prison. We'll watch Twitter for more MSG posts from Twinkle.