The Only Constant For Musically "Moody" Kajol Is Her Humour. See Her Post

We just can't seem to get enough of Kajol's humour 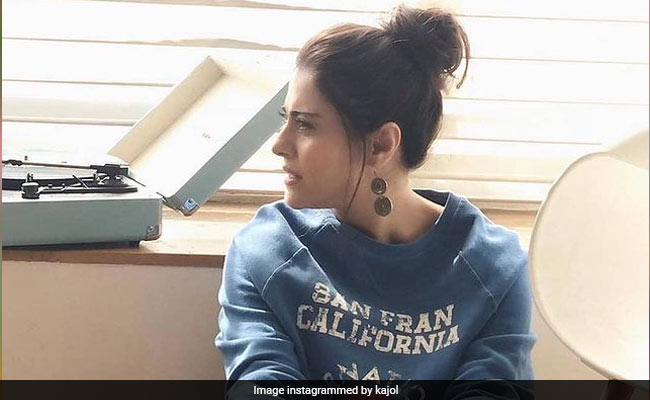 Kajol, who often treats her Instafam to ROFL humour-infused posts, shared a picture of herself on her Instagram profile on Monday afternoon and she summed up her musical moods in 3 steps. The actress added her signature humour to the post and she wrote: "I have 3 moods... "Let the music play without any interruption." The second step: "Skip every song." Kajol's final step - "Play the same song again and again on repeat for days." The actress also asked her Instafam for their final step and wrote: "What's yours?" In no time, the actress' post was filled with LOL emojis from her fans. Her Instafam also loved the picture and dropped heart-eyed emojis in the comments section.

Always fun and goofy, Kajol loves to share humorous posts on Instagram. Last week, on World Bicycle Day, Kajol posted a snippet from her 1998 film Kuch Kuch Hota Hai and wrote: "And a very Happy Bicycle Day to you too. #WorldBicycleDay."

Kajol was last seen in the Netflix film Tribhanga, which marked her digital debut. Produced by Ajay Devgn, Tribhanga was directed by Renuka Sahane and it also starred Tanvi Azmi and Mithila Palkar. She also starred in the short film Devi last year.