The Many Moods Of Kareena Kapoor. This One Is A "Post Lunch Stare" From Maldives

Keeping up with Kareena Kapoor 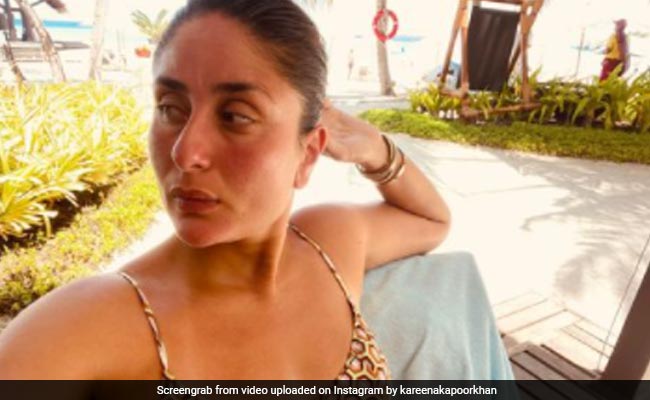 Pictures from Kareena Kapoor's Maldives holiday album keep getting better and better. The 40-year-old actress, who is holidaying in Maldives with her family, added another stunning picture to her Instagram stories on Saturday afternoon. Kareena Kapoor, who can acing her pout pose in the selfie, captioned it: "Post lunch stare." Before this, Kareena Kapoor shared a glimpse of her breakfast table (going by the caption on her Instagram story). "Where's my baby," she captioned the perfect selfie. Kareena Kapoor flew to Maldives with her husband Saif Ali Khan and sons Jeh and Taimur earlier this week. The family was photographed at the Mumbai airport. 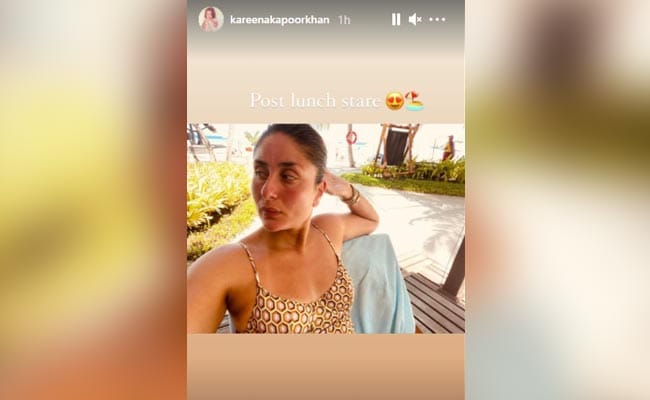 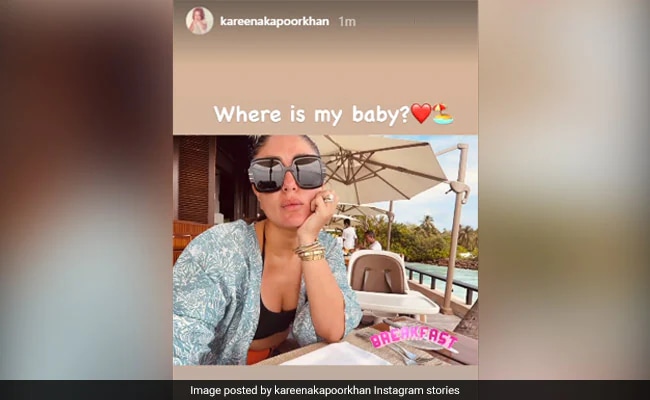 The family also celebrated Saif Ali Khan's 51st birthday in the island nation. From Maldives, Kareena posted a picture of herself with Jeh and she wrote: "Love, happiness, and courage to you always. Happy 6 months my life."

On the work front, Kareena Kapoor was last seen in the 2020 film Angrezi Medium, co-starring late actor Irrfan Khan, and actress Radhika Madan. Kareena will next be seen in Aamir Khan's Laal Singh Chaddha, which is a remake of the 1994 film Forrest Gump. Kareena shot for parts of the film during her pregnancy last year. She recently turned author with her pregnancy memoir The Kapoor Kapoor Khan Pregnancy Bible. The actress will soon make her debut as a film producer.

Kareena Kapoor  and Saif Ali Khan, co-stars of films like Omkara, Agent Vinod and Kurbaan, fell in love during the shooting of the film Tashan. In her piece for Humans Of Bombay, Kareena Kapoor once said, "Somehow through my life, I've been blessed with people who have supported me thoroughly! So just when I thought I was falling, Saif caught me. I'd met him before, but while we were filming Tashan, something changed. I wore my heart on my sleeve! He was so charming; I fell for him hook, line and sinker."