"There have been such incredible moments within those portals, it shall be difficult to describe... but the one that comes to mind is the first song I ever sang for film..." Big B wrote in his blog 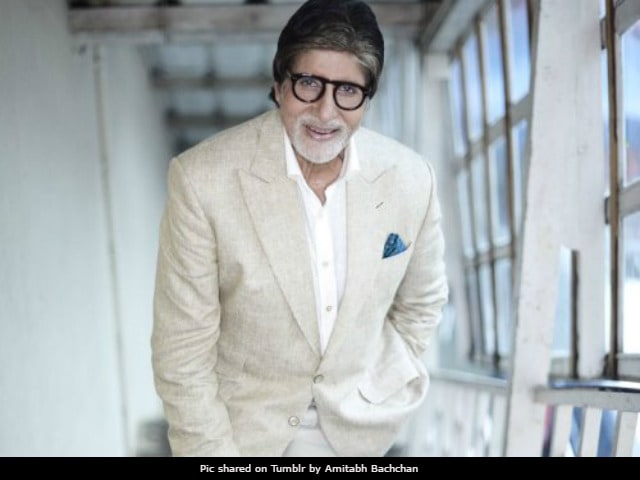 Amitabh Bachchan on the stars if Mehboob Studio (courtesy srbachchan)

New Delhi: Amitabh Bachchan, who logs significant happenings of the day on his blog, shared an interesting experience of her life recently. The megastar opened the pitara of memories from his initial days in Bollywood and wrote about the time when he recorded his first song ever - it was in Mumbai's Mehboob Studio, where the actor was yesterday. The song Mere Paas Aao from 1979 movie Mr Natwarlal marked the first time Big B sang for a film. It was then that Big B was told to continue singing by the song recordist, who has been referred to as "Ghosh Da" in Big B's diary.

Writing about his tryst with Mehboob Studio, Mr Bachchan also added that he visited the studio for the first time sometime between 1968-1969, when legendary actor Sunil Dutt was recording his dialogues for Padosan: "In 1968-69 I had climbed up here to give audience to Sunil Dutt... seeking a job... he was dubbing here for Padosan that iconic film... then of course there have been such incredible moments within those portals, it shall be difficult to describe... but the one that comes to mind is the first song I ever sang for film - 'mere paas aao, mere doston ek kissa suno' for Mr Natwarlal and the most accomplished sound recordist of the time Ghosh da , had, after listening to me advised me: 'You should sing more often'."

Whether that's what motivated Mr Bachchan to delight us with songs in his signature baritone or not is not mentioned but, what we know is, over the years, he has given a much-loved Bachchan-special playlist of tracks. Starting from Rang Barse and Neela Aasman (1981's Silsila) and Mere Angne Mein (1982's Laawaris) to Holi Khele Raghuveera (2003's Baaghban) and Rozana (2007's Nishabd), Amitabh Bachchan has all these to his credit.

Promoted
Listen to the latest songs, only on JioSaavn.com
You can watch the song here:


Amitabh Bachchan is currently hosting popular TV show Kaun Banega Crorepati and will next be seen in Aamir Khan's Thugs Of Hindostan. He also has the film 102 Not Out with Rishi Kapoor and a movie based on Slum Soccer founder Vijay Barse in the pipeline.