The Kapil Sharma Show To Take A 'Short Break.' Here's Why

"Kapil Sharma has been under the weather for some time now, due to which we have mutually agreed to take a short break," said a spokesperson 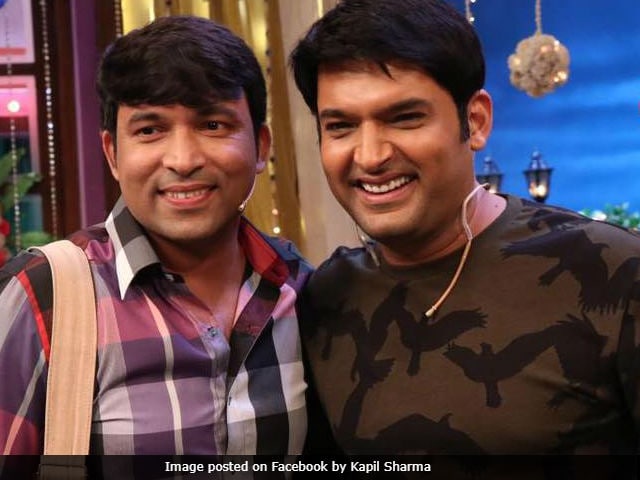 New Delhi: Comedian Kapil Sharma's show is going off air temporarily, a spokesperson of the channel airing the show told news agency IANS. The spokesperson added that The Kapil Sharma Show has not been shelved or replaced for good by The Drama Company, headlined by Kapil's rival Krushna Abhishek. The show's sabbatical was planned after Kapil Sharma cancelled several shoots of the show due to his ill-health. "Kapil has been under the weather for some time now, due to which we have mutually agreed to take a short break. However, once Kapil has recovered completely, we will start shooting once again. We value our relationship with Kapil and wish him a speedy recovery," IANS quoted a spokesperson as saying.

"The show is not going anywhere. It is still here and during the break, we are putting repeats at the 8.00 pm slot," the source added.

Recently, actor Ajay Devgn left the sets of the show without promoting his new film Baadshaho because Kapil Sharma couldn't make it to the sets. When asked about it, Ajay Devgn told IANS: "Many shows have got cancelled in the past. And he is not keeping well for quite some time. I don't know what happened. We left because he hadn't reached. When I will talk to him next, I will get to know the reason."

Kapil Sharma also did not reach the sets of the show to shoot the promotional episodes of Jab Harry Met Sejal and Mubarakan. None of the celebrities took offence by Kapil's absence as they understood it was because he was not keeping well.

Promoted
Listen to the latest songs, only on JioSaavn.com
The Kapil Sharma Show's latest setback was when actress Upasna Singh quit the show and joined The Drama Company citing her equation with the producers as the reason of her shifting allegiance.