Upasna Singh said: "I feel immensely proud to work at The Drama Company" 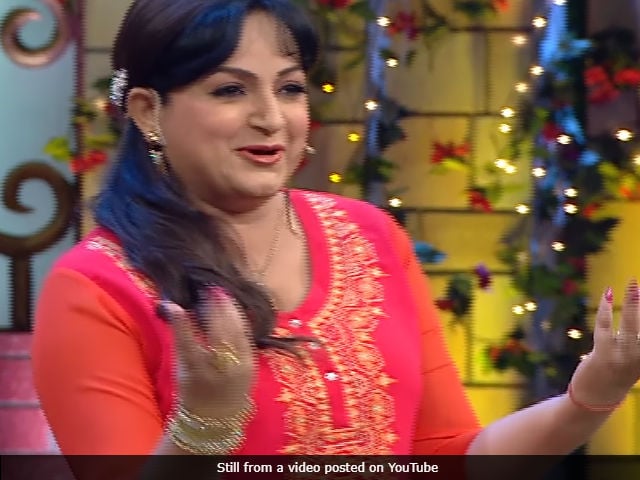 New Delhi: Actress Upasna Singh has apparently abandoned Kapil Sharma's sinking ship and joined the crew of Krushna Abhishek's The Drama Company. The 42-year-old actress said in a statement that she is 'proud' to be part of Sony TV's latest comedy show, reports news agency IANS. "I feel immensely proud to work at The Drama Company. I readily agreed to work as I have worked with Neeti and Preeti Simoes (producers of the show) very closely in the past (they also produced Kapil Sharma's two shows) and they are my really good friends. I will be a guest performer on the show for a few episodes," Upasna said in a statement.

Upasna Singh starred as Pinky Bua in Comedy Nights With Kapil (which aired on Colors TV) and left after a few months alleging that her character graph did not progress but later she returned to the show. In between, Upasna temporarily joined the team of Comedy Nights Live headed by Krushna but she quit saying, "Mujhe bilkul maza nahi aa raha tha." When Kapil Sharma transitioned from Colors to Sony, she was a part of the core team. However, Upasna again abandoned the team in November 2016 only to return five months later. She rejoined Kapil's team after his infamous mid-air spat with co-star Sunil Grover.

As of now, Kapil Sharma's show is going through a difficult time. Recently, the comedian cancelled the shoot with Baashaho cast, the reason of which is unknown even to the film's lead actor Ajay Devgn. "He is not keeping well for quite some time. I don't know what happened. When I will talk to him next, I will get to know the reason," he had told IANS.