Deepika Padukone recently featured on the cover of a magazine, from which she shared photos 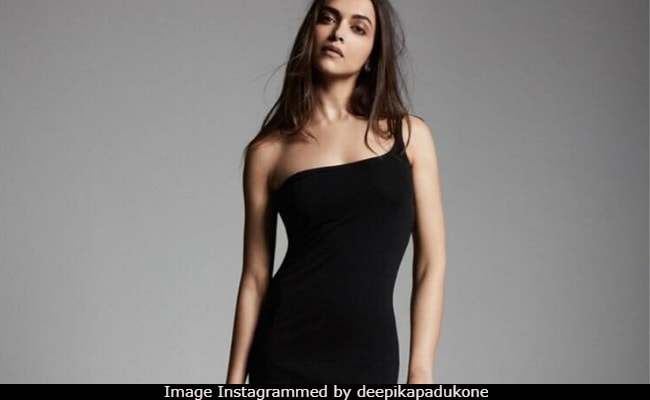 New Delhi: Actress Deepika Padukone recently featured on the cover of TINGS London magazine and hand-picked a few shots from her photoshoot to share them on Instagram. For one of the recent posts, the 32-year-old actress wrote: "Lady in....eerrrr.....black!" It's a full shot of Deepika, in which she sports "an iconic archive dress by Tom Ford for Gucci A/W 1999", as mentioned by stylist Justin Hamilton. Deepika's Instafam was quick to spot the photo and while they confessed to being in love with her look, netizens also had an interesting observation to make. "You look like the Filmfare trophy, my love," read a comment while another added: "Looking like Filmfare lady". "Wow, looking like Filmfare trophy queen," said another follower while one exclaimed: "Aila, Filmfare!"

This is what Deepika Padukone posted.

The one above was also preceded by another one from the photoshoot for the magazine.

Earlier, the magazine had announced Deepika's arrival on their cover with a stunning photo on Instagram: "Such a fun shoot with a beautiful and graceful talent Deepika Padukone," they wrote.

Such a fun shoot with a beautiful and graceful talent @deepikapadukone. More from our cover story at tingslondon.com pre order ISSUE 01 and register NOW for free digital download (link in bio) #Tingsmagazine #deepikapadukone

Well, Deepika Padukone is well aware of the specifics of the Filmfare trophy, which she's scored several times during her career. Her debut film Om Shanti Om fetched her first Filmfare Award - she won for Best Female Debut in 2007. Deepika also won Best Actress Filmfare Award twice - once for Ram-Leela in 2013 and then for Piku in 2015.

Meanwhile, here are some more glimpses of what went down at the photo studio:

The one and only @deepikapadukone modelling the hat of the season by @mulberryengland! Earrings by @lanvinofficial. #deepikapadukone #tingslondon #mulberry #lanvin

Promoted
Listen to the latest songs, only on JioSaavn.com
Magazine covers had often got Deepika trending but not always for the right reasons - in July last year, Deepika Padukone was subjected to massive trolling after her photoshoot for the jewellery edition of Vanity Fair UK. "Dead body" to "anorexic" are some of the adjectives she was referred to with and she was asked to "eat a burger."

Last seen in "Padmaavat", Deepika Padukone's film with Irrfan Khan has been postponed indefinitely. She is expected to star as a mafia queen in the upcoming movie.