Shahid Kapoor and Mira Rajput got married in the year 2015 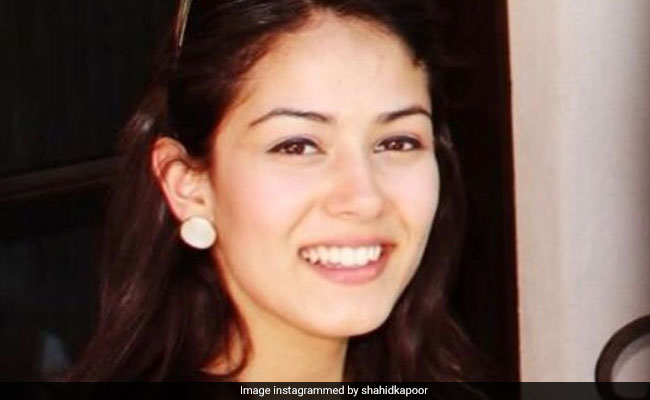 Shahid Kapoor shared an adorable picture of Mira Rajput on their fourth wedding anniversary, on Sunday evening. Shahid's way of celebration came with an old school twist, which made us admire the post more and we are sure that it will make your day too. He shared a portrait of Mira on Instagram and mentioned that this picture of her was the first one, which he saved on his phone. Sharing the post, Shahid wrote: "Her first picture I saved on my phone. And now almost every second picture has her in it. She is life. I love you, Mira Rajput. Thank you, for being you."

Here is the adorable post shared by the Kabir Singh actor:

Her first picture I saved on my phone. And now almost every second picture has her in it. She is #life. I love you @mira.kapoor thank you for being you.

Mira Rajput also celebrated Shahid and her wedding anniversary by sharing a throwback picture from their wedding day on Instagram. In the picture, Shahid and Mira can be seen holding each other. Sharing the post, Mira wrote: "You make my world and me go round. #happy4."

Mira Rajput and Shahid Kapoor had a close-knit wedding ceremony, which took place in Gurgaon in 2015. Shahid and Mira are parents to daughter Misha, who is two-and-a-half-year old and son Zain, who is ten-months-old. The Udta Punjab star and his wife often feature on each other's posts on social media. Here are a few of their posts:

Shahid Kapoor recently featured in Sandeep Reddy Vanga's film Kabir Singh, which received mixed reviews but is still performing well in theatres. It is Shahid's first solo film to cross the Rs 100 crore mark. The film is the Hindi remake of Telugu film Arjun Reddy, which released in the year 2017. As of now, Shahid has not mentioned anything about his next project.