The End Of The Kapil Sharma Show? Reports Say It's Going, Going, Gone 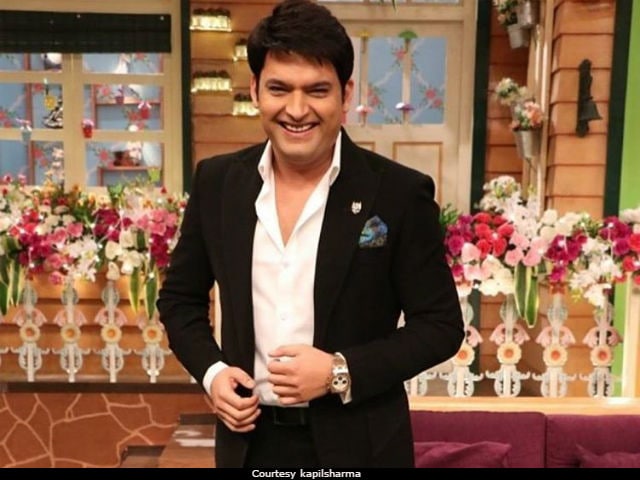 The Kapil Sharma Show: Still from the show (courtesy kapilsharma)

New Delhi: Comedian Kapil Sharma's embattled show might be axed by Sony because of dipping ratings and be replaced by Salman Khan's Dus Ka Dum, reports DNA. The Kapil Sharma Show has been mired in controversy ever since an alleged mid-air assault in the series' star reportedly ranted at and hit co-star Sunil Grover with a shoe. Mr Grover, and several other colleagues, did not return for subsequent episodes and, despite having added comedian Raju Srivastava to its line-up, the numbers have reportedly been hit. The Kapil Sharma Show recently celebrated its 100th episode, having been given an extra month on air in which to do so. Rumour suggested that Sunil Grover was to be offered a show of his own - there's still no word on that but several reports now cite a third season of Salman's Dus Ka Dum, a quiz show, as The Kapil Sharma Show's successor.

Last month, Kapil Sharma and Sunil Grover fell spectacularly out after their alleged bust-up on a flight from Melbourne. Mr Sharma, allegedly drunk, is accused of railing at his cast mates for eating without him and then hitting Mr Grover with a shoe when he intervened. A month of recriminations and rumours followed, and while very little has been made official, it certainly seems like Sunil Grover will never work with Kapil Sharma again.

The Kapil Sharma Show has also been accused of plagiarism by stand-up comedian Abijit Ganguly in a lengthy Facebook post, in which he alleged that a segment of the show, featuring Kiku Sharda, has been lifted from his script. "No Kapil Sharma, plagiarism is not OK. It is not OK to do this. It is not OK to lift a man's joke and do it on national TV where millions will now think you wrote that joke, and if I am to ever perform it, it comes off as I lifted it," Mr Ganguly wrote on Facebook. Read his entire post here:

Promoted
Listen to the latest songs, only on JioSaavn.com
Meanwhile, Kiku Sharda has denied the allegations made by Abijit in an interview to Times Of India, saying: "We are a big team and brainstorm before every episode. Someone cracked this joke and we made it a part of the script. It is possible that the same idea came to our writers, or maybe they had heard it somewhere. It is not that we do not use popular SMS or WhatsApp jokes. We can't keep track of who cracked what joke and when."