"SRK still has his dimples and I still have that fine navel," Twinkle wrote 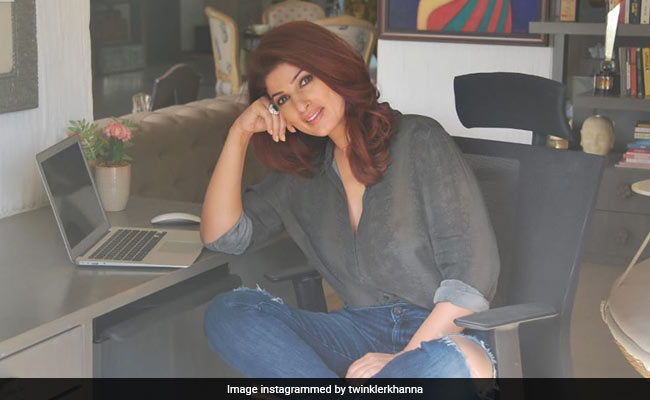 Twinkle Khanna and Shah Rukh Khan's film Baadshah clocked 20 years on Tuesday and on the special occasion came a special post by Twinkle Khanna. Instead of posting her favourite throwback memories from the film, Twinkle stuck to her staple - she added a dash of humour to the post and left us and her fans in splits. On Tuesday morning, Twinkle shared a snippet from a fan page on Instagram, which had praised Shah Rukh Khan for his performance in the film and Twinkle Khanna for her navel ( wait, what). "Shah Rukh has performed well, So have Twinkle Khanna and her navel, which was in full view right through the film," read an excerpt from the post. Now, Mrs Funnybones, had the perfect response to it, she shared the post and wrote: "Did I say I never got good reviews? I apparently did with the support of an emotive body part! Have to say that 20 years on and the Baadshah couple still have it - SRK still has his dimples and I still have that fine navel." She added the hashtag #navelgrazing.

Just like us, Twinkle's Instafam was also super impressed by her humorous caption (why are we not surprised). Take a look at Twinkle Khanna's post here:

Did I say I never got good reviews? I apparently did with the support of an emotive body part! Have to say that 20 years on and the Baadshah couple still have it - SRK still has his dimples and I still have that fine navel:) Thank you sending this and brightening up my morning @manishmalhotra05 #navelgrazing

Baadshah, which featured Shah Rukh Khan and Twinkle Khanna in the lead roles, was directed by Abbas-Mustan. The film showcased the story of a detective, who plans to rescue a kidnapped girl. His life takes a drastic turn after he is mistaken for a CBI agent.The film garnered two Filmfare Awards and emerged as a hit at the box office.

Anyone who follows Twinkle Khanna on Instagram would agree that she has an amazing sense of humour and it clearly reflects in her posts. A few days ago, Twinkle shared a video of her daughter Nitara and her friend and she added a dash of her humour to it. She said that moments like these help her recreate horror scenes and made a reference to Netflix's Typewriter. She wrote: "The dictionary definition of a win-win situation-When they want to have a sleepover and you get a chance to recreate scenes from horror movies."