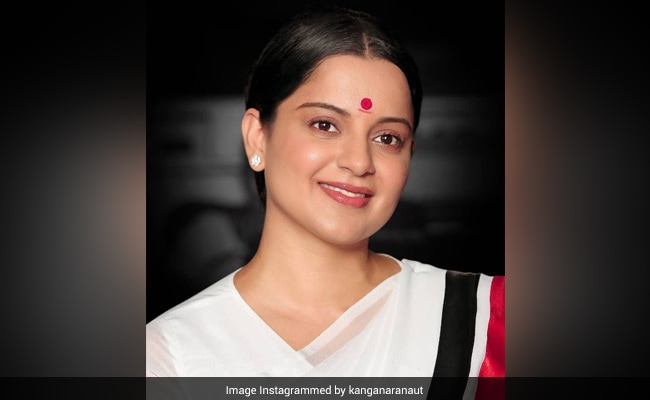 On the occasion of 73rd birth anniversary of the late political leader Jayalalithaa, the makers of Thalaivi shared an update on the film on Wednesday evening. Kangana Ranaut, who stars in the titular role, announced the film's release date on social media. It will hit the screens on April 23 this year. Sharing the post, the actress wrote: "To Jaya Amma, on her birth anniversary. From changing the face of cinema to the fate of a state, Jaya Amma shaped destinies of millions! Witness the story of the legend, Thalaivi, in cinemas on 23rd April, 2021." Thalaivi brings to screen Jayalalithaa's journey as a stellar actress which was followed by a powerful political career.

Meanwhile, Arvind Swami plays Maruthur Gopala Ramachandran (MGR) in Thalaivi. A few months ago, the actor shared new look posters of himself as MGR and wrote: "It was not just an honour to play the role of Puratchi Thalaivar MGR, but a great responsibility. I thank director AL Vijay and producers Vishnu Vardhan Induri and Shaailesh R Singh for having faith in me. I humbly post these pics in Thalaivar's memory, today."

It was not just an honour to play the role of Puratchi Thalaivar MGR, but a great responsibility. I thank director A.L. Vijay & producers @vishinduri@shaaileshrsingh for having faith in me. I humbly post these pics in Thalaivar's memory, today.#Thalaivi#MGR#ArvindSwamiasMGRpic.twitter.com/F4KY07Q4Dt

The film's shooting was halted due the coronavirus pandemic for a few months last year. After 7 months, the film's lead actress Kangana Ranaut resumed shooting in October and she shared a few behind-the-scene shots from the film.

Good morning friends, these are some stills from yesterday's early morning scene discussion with my absolutely talented and most affectionate director A.L Vijay ji, there are many amazing places in this world but the most soothing and comforting to me is a film set #Thalaivipic.twitter.com/qGjw0nQjRQ

The first look of Kangana Ranaut for the film Thalaivi was revealed in November 2019.

Directed by Vijay and co-produced by Vishnu Vardhan Induri and Shaailesh R Singh, the film will release in Hindi, Tamil and Telugu.