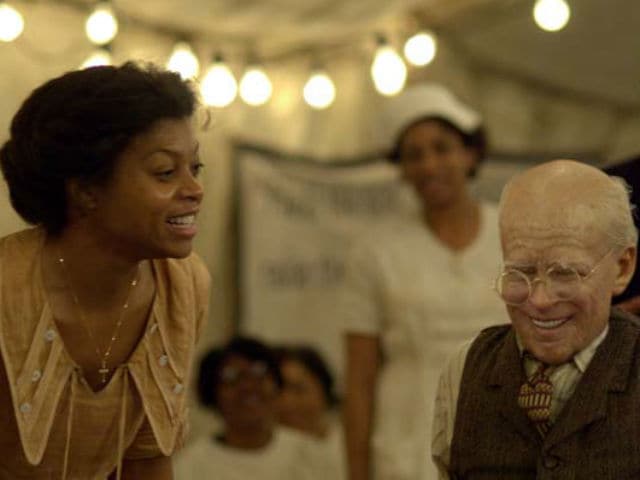 Los Angeles: A new memoir by Empire star Taraji P Henson claims that she was paid far less than her fellow actors, saying she was passed over for a role written for her in favour of a white colleague.

In Around the Way, she also shares that she was paid less than 2 percent of what co-star Brad Pitt received for the Academy Award winning film "The Curious Case of Benjamin Button", reports theguardian.com

In The Curious Case of Benjamin Button, Taraji played the role of adoptive mother of Brad's character, a role for which she won an Academy Award nomination in Supporting Actress category, but was forced to pay for her own accommodation costs for the shoot.

"Both Brad and Cate (Cate Blanchett) got millions. Me? With bated breath, I sat by the phone for hours, waiting for Vince (her manager) to call and tell me the number that I thought would make me feel good: somewhere in the mid six figures - no doubt a mere percentage of what Brad was bringing home to Angelina and their beautiful babies, but something worthy of a solid up-and-coming actress with a decent amount of critical acclaim for her work," Taraji said.

"Alas, that request was dead on arrival. 'I'm sorry, Taraji,' Vince said quietly when we finally connected. 'They came in at the lowest of six figures. I convinced them to add in a little more, but that's as high as they'd go.' There was one other thing: I'd have to agree to pay my own location fees while filming in New Orleans, meaning three months of hotel expenses would be coming directly out of my pocket. Insult, meet injury," she added.

The actress, who is seen as Cookie Lyon in Empire season 3 in India, also picked up a pay packet far less than anticipated.

Promoted
Listen to the latest songs, only on JioSaavn.com
Taraji added that she took the role as so few were available for black women.