Tara and Aadar have reportedly been spotted hanging out together at a plush suburban Mumbai restaurant. 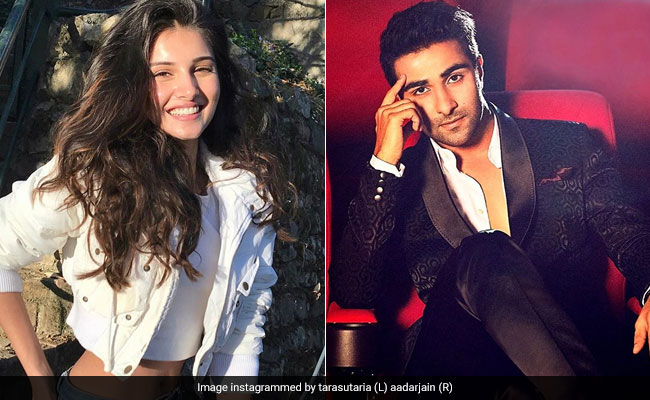 Actress Tara Sutaria and Aadar Jain (cousin of Ranbir and Kareena Kapoor) have been trending on Tuesday morning for reports about their rumoured new-found friendship. As per Mumbai Mirror, Tara and Aadar met and connected at a gathering of common friends and the Student Of The Year 2 actress was the one to initiate conversation: "Tara is a friendly girl who quickly broke the ice and drew out the normally reserved Aadar. They share a lot in common," the publication quoted a source as saying. Aadar Jain (Rishi and Randhir Kapoor's nephew), made his Bollywood debut with 2017 musical drama Qaidi Band.

Mumbai Mirror also reports that lately, Tara and Aadar have been spotted hanging out together at a plush suburban Mumbai restaurant. Previously a Deccan Chronicle report stated that the duo have carefully been avoiding the media glare while "meeting rather discreetly": "A lot of couples are not out in the open. They are happy meeting at parties and spending time with each other rather than go out on quiet dinners which don't' turn out so quiet when the paparazzi start snapping."

Tara Sutaria, who began her career as a Disney star, was launched in Bollywood by Dharma Productions. She made her Bollywood debut with Student Of The Year 2, after which she has signed films like Marjaavan (with Sidharth Malhotra) and the remake of RX 100.