Takht Updates: Anil Kapoor To Put On Weight While Ranveer Singh Will Be 'Lean And Mean' 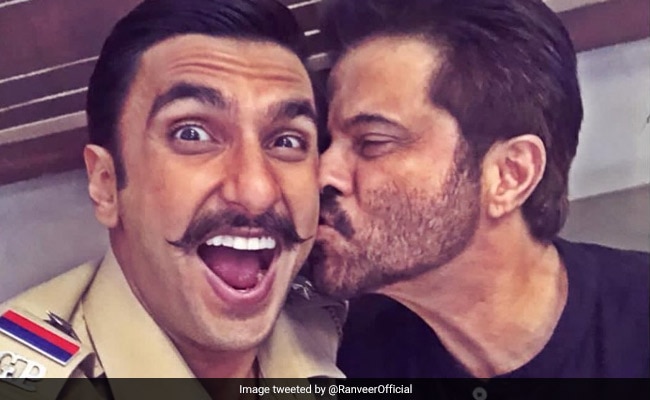 Takht will reportedly go on floors next year (courtesy RanveerOfficial)

Karan Johar's ambitious project Takht was announced a year ago and will reportedly go on floors in a few more month. Karan Johar is reportedly prepping the team to perfection, which explains the prolonged hiatus between the announcement and shoot commencement, stated Pune Mirror. The publication quoted a source as saying: "The film kicks off in February with a start-to-finish schedule. Being a period film, the technical team is presently focussed on the sets and locations and the script, while also deciding on the diction and mannerisms of the characters." A lot of preparation will undoubtedly be required as Takht has an ensemble cast comprising Kareena Kapoor, Ranveer Singh, Alia Bhatt, Vicky Kaushal, Janhvi Kapoor, Raveena Tandon, Anil Kapoor and Bhumi Pednekar. Phew.

Takht has been conceptualised as period drama set during Mughal emperor Aurangzeb's reign and will be a fictional onscreen adaptation of the power battle between Aurangzeb and his brother Dara Shukoh (also known as Dara Shikoh). Anil Kapoor, who reportedly features as Aurangzeb's father Mughal emperor Shah Jahan, will have to bulk up for his role while Ranveer and Vicky are required to look "lean and mean", as told to Pune Mirror: "Everyone has a different look. While Anil will have to put on some extra kilos, Ranveer and Vicky will have to look lean and mean."

Some extra effort will go in behind Ranveer's look because: "Every character has been inspired by history and since Ranveer has dabbled in the genre a few times in the past playing Peshwa Bajirao to Alauddin Khilji, the goal is to make him look different from what he has already done." Kareena has reportedly been cast as Aurangzeb's sister Jahanara.

In an episode of No Filter Neha last year, Karan Johar revealed that one instruction he's given his team for when Takht begins: "I can't wait to get into the prep mode, which I've already started off with. I can't wait to put this film on floors and I can't wait for the world to see it. I'm so excited about the cast, I'm so excited about Ranveer, Vicky, Bhumi, Kareena, Janhvi, Alia and Anil Kapoor, who I'm working with for the first time. So, I've told everybody in office that when I start the film, just leave me alone."

Takht will be Karan Johar's first film as a director after the 2016's Ae Dil Hai Mushkil.