"It is great that finally after so many years I will be sharing screen space with him," said Kareena 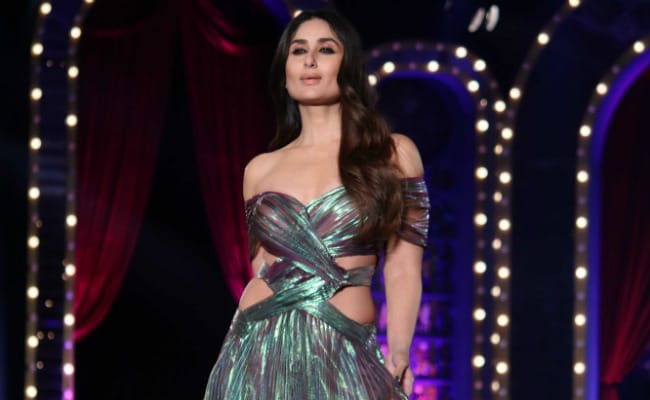 The cast of Karan Johar's upcoming movie Takht is rather impressive. Takht includes stars like Kareena Kapoor, Anil Kapoor, Alia Bhatt, Vicky Kaushal, Bhumi Pednekar, Janhvi Kapoor and also Ranveer Singh, about whose inclusion Kareena is particularly delighted with, reported news agency PTI. To be directed by Karan Johar, Takht will mark Kareena's first film with Ranveer, about which Kareena is rather excited about. Speaking on the sidelines of Lakme Fashion Week, Kareena said: "It is great that finally after so many years I will be sharing screen space with him. It was long due collaboration. He is just a phenomenal actor. It will be an honour to share screen space with him. I am very happy."

Kareena Kapoor was directed by KJo in Kabhi Khushi Kabhie Gham and starred in Dharma Production projects like Brothers, Ek Main Aur Ek Tu, Kurbaan and We Are Family. About reuniting with Karan again, Kareena sai: "I have done so many movies with Dharma in the past, but after a long time Karan is directing me. It feels great. Working with Karan is always a pleasure."

"He is one of my closest friends. He is actually like my brother. He is somebody I trust and love immensely. For me it's like being at home whenever I work with Karan and Dharma. It going to be a blast for sure," she added. Kareena Kapoor was last seen in Shashank Ghosh-directed shaadi drama Veere Di Wedding.

Karan Johar announced Takht along with the film's cast earlier this month and revealed that the film will be a historic drama with the battle for the Mughal throne as the epicentre of the storyline:

Takht will be Karan Johar's first film as a director after the 2016's Ae Dil Hai Mushkil. It also marks Janhvi Kapoor's second film after Dhadak.