Kareena Kapoor, While Partying With Ranveer Singh, Says 'I Could Have Been In Gully Boy'

"I could have been in Gully Boy!" Kareena Kapoor can be heard saying in a video that's viral now 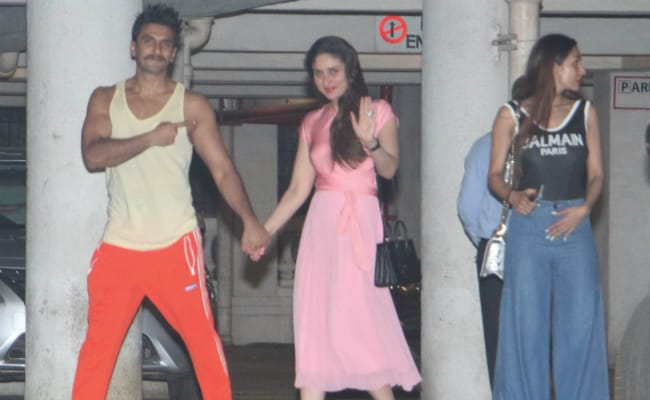 New Delhi: Ranveer Singh, who had confessed to being a major fan of Kareena Kapoor, bumped into the actress at Ritesh Sidhwani's house party on Friday. Kareena, who is basking in the glory of the success of Veere Di Wedding, let her hair down at the party and in one of the videos from the party (as uploaded by Zoya Akhtar on her Instagram story), Kareena can be seen singing I Just Died In Your Arms Tonight by Cutting Crew with Amrita and Malaika Arora. The video ends with Kareena exclaiming: "I could have been in Gully Boy!" Gully Boy is being directed by Zoya Akhtar and stars Alia Bhatt opposite Ranveer, who plays the role of a rapper in the movie.

Via Zoya Akhtar's InstaStory :
Kareena Kapoor : I could've been in GullyBoy pic.twitter.com/AeDMmqqLbI

Some more inside moments from the party included memories like these:

Here's Ranveer escorting his colleagues to the car after the party. Such a gentleman! 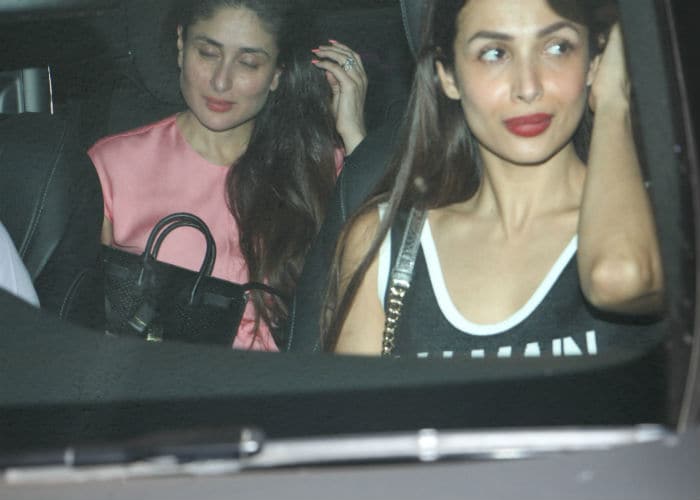 Kareena and Malaika photographed in the car 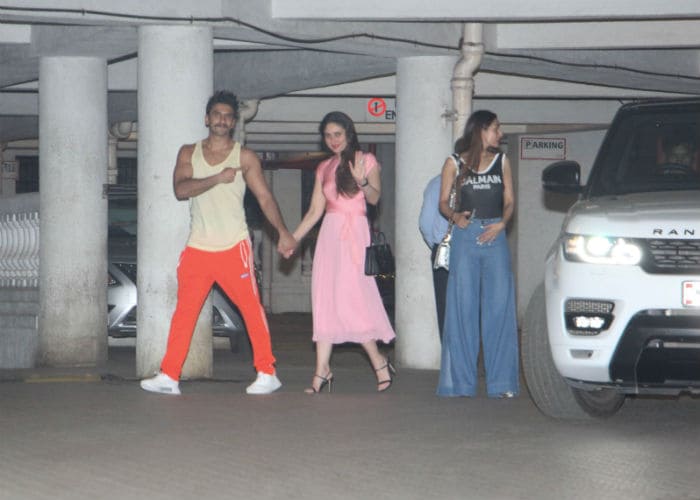 Ranveer Singh welcomed the guests inside 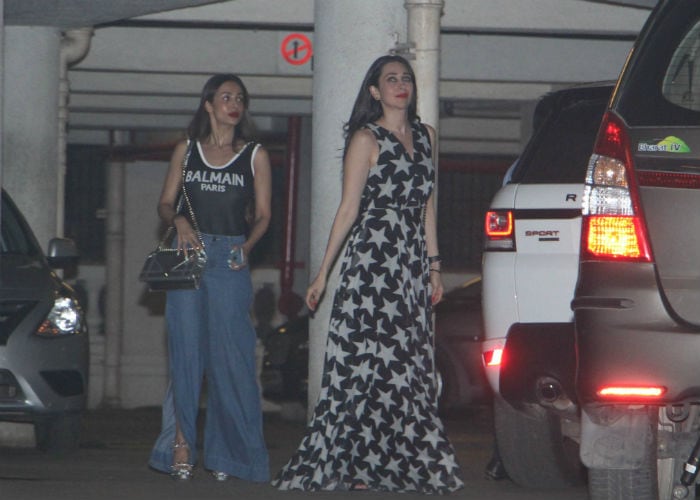 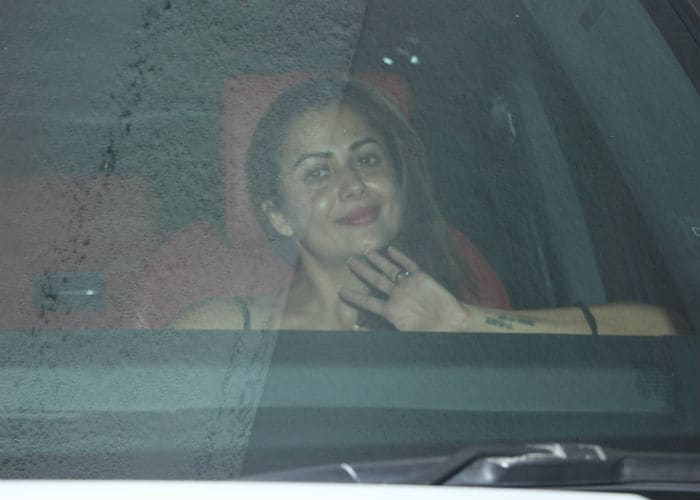 Amrita Arora was also there

Earlier in 2016, during a conversation with Shekhar Gupta on the show Off The Cuff, Ranveer confessed to being a huge fan of Kareena and shared his experience of his first encounter with her. Ranveer said she met Kareena for the first time at the year's Filmfare Awards' and added: "I was majorly star struck when I met Kareena Kapoor Khan. I was a huge fan of hers. I think I might have overreacted and thrown her off a bit."

Kareena could indeed have shared screen-space with Ranveer Singh in Dil Dhadakne Do but the actress opted out because of her priorities. Kareena, who was offered the role opposite Ranveer, which later Anushka Sharma featured in, had said at a media interaction (as reported by news agency IANS): "I am at a stage in my life where my priorities are different. I am married and I would like to give time to my family. I would not go out for three to four months. That is the reason why I refused Zoya's film. I couldn't go on a cruise for three months. I want to do a film which will work according to my time. I am very clear about that." Kareena married Saif Ali Khan in 2012 and the couple welcomed their first baby - Taimur - in 2016.

Veere Di Wedding done, Kareena Kapoor is reported to have been roped in to co-star with Akshay Kumar in Karan Johar's next film.

Promoted
Listen to the latest songs, only on JioSaavn.com
Meanwhile, Zoya Akhtar is collaborating with Ranveer Singh for the second time after Dil Dhadakne Do with Gully Boy, the plot details of which have strictly been kept secret.

Gully Boy is expected to release in February 2019.