Read inOther Languages
This Article is From Aug 09, 2018 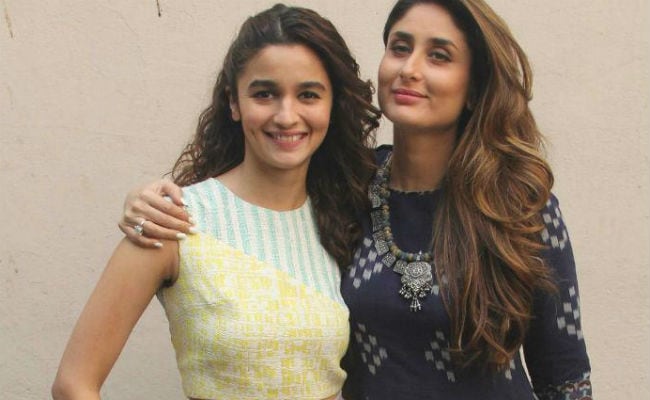 Alia Bhatt and Kareena Kapoor at an event in Mumbai.

Karan Johar surprised his fans with a grand announcement on Thursday. The filmmaker revealed the cast of his next directorial project titled Takht and wrote: "I am so excited and honoured to announce the lead cast of Takht." The film features Kareena Kapoor, Ranveer Singh, Alia Bhatt, Vicky Kaushal, Janhvi Kapoor, Raveena Tandon, Anil Kapoor and Bhumi Pednekar. Soon after Karan Johar unveiled the cast of Takht, the Internet went into a meltdown. The film will be a period drama set against the backdrop of the Mughal era. In his tweet, Karan Johar gave us a sneak peek into the film's plot and wrote: "An incredible story embedded in history, an epic battle for the majestic Mughal throne... A story of a family, of ambition, of greed, of betrayal, of love and of succession...Takht is about war of love."

Before he revealed the cast of the film, Karan Johar changed his profile picture on Twitter and gave us a slight idea of what the film is about:

An incredible story embedded in history...
An epic battle for the majestic Mughal throne...
A story of a family, of ambition, of greed, of betrayal, of love & of succession...
TAKHT is about WAR for LOVE....@dharmamovies@apoorvamehta18pic.twitter.com/BQg6SvdFfb

Meanwhile, Karan Johar's protege Alia Bhatt also shared the big news on social media. Alia, who made her Bollywood debut with Karan Johar's Student Of The Year in 2012, tweeted: "Back where I began, to my roots. So excited to be a part of this historical magnum opus! Takhtwill be directed by the one and only- Karan Johar."

Back where I begun.. to my roots! So so so so excited to be a part of this historical magnum opus! TAKHT! Directed by the one and ONLY! @karanjohar@RanveerOfficial#KareenaKapoorKhan@vickykaushal09@psbhumi#JanhviKapoor@AnilKapoor@DharmaMovies@apoorvamehta18pic.twitter.com/MKZCo0yA5X

In a separate tweet, Karan Johar acknowledged the film's writers and wrote: "Writers are the heartbeat and the soul of the film."

The Screenplay is by SUMIT ROY! Dialogues by HUSSAIN HAIDRY,SUMIT ROY! And thanks to @NotSoSnob for bringing these talents to us at @DharmaMovies ! An exciting journey ahead....WRITERS are the heartbeat and soul of a film! These gentlemen lead all the way.... pic.twitter.com/hyTucBmKaG

Takht will be produced under Karan Johar's Dharma Productions and it is slated to release in 2020.