On The Sets Of Brahmastra With Ranbir Kapoor. Pic Credit - Karan Johar 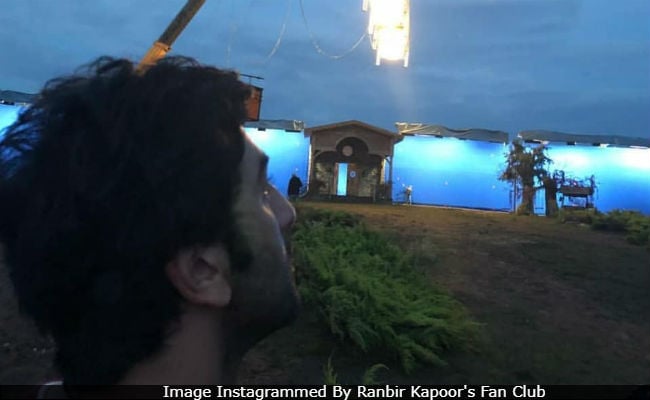 Brahmastra producer Karan Johar recently joined Amitabh Bachchan, Alia Bhatt and Ranbir Kapoor in Bulgaria, where the film is currently being shot. Karan Johar took us inside the sets of the film and shared a picture of Ranbir on his Instagram stories. Brahmastra set looks so huge. Ranbir has been photographed in what appears to be a huge open space with greenery all over. Meanwhile, Karan Johar also updated his Instagram with some other pictures from Bulgaria and so did Alia Bhatt. "Coffee with Karan," Alia captioned her post. (Koffee With Karan is a talk show hosted by Karan Johar for five seasons).

On the sets of Brahmastra:

RANBIR KAPOOR on the sets of #brahmastra Saw his picture after a long long time! He looks so adorable!!!!!! I love you so much baby boyyyy . Picture credits : @karanjohar . #ranbirkapoor #brahmastra #shootlife #bulgaria

In another picture shared by Karan, he can be seen standing in front of a big yellow machine.

Alia Bhatt had shared this picture.

Brahmastra is a trilogy directed by Ayan Mukerji. The film also stars Dimple Kapadia and Nagarjuna, who are also in Bulgaria while Mouni Roy finished her schedule some days ago.

Here are some pictures from Brahmastra diary:

Brahmastra is Alia Bhatt and Ranbir Kapoor's first film together. The duo are rumoured to be dating. Alia treated her Instafam to two wonderful pictures of herself, clicked by 'RK' (Ranbir Kapoor).

"And into the forest I go, to lose my mind and find my soul. (amaze photographer - RK)," she wrote. Oh, did we forget to tell you Ranbir's mom Neetu also reviewed Alia's picture? "Fab picture of you by RK," Neetu Kapoor commented.

This is the other photo:

the view and her too.. photo credit - RK

The first part of Alia and Ranbir's Brahmastra is expected to release next year in August.