"I can't wait to put this film on floors and I can't wait for the world to see it," said Karan Johar 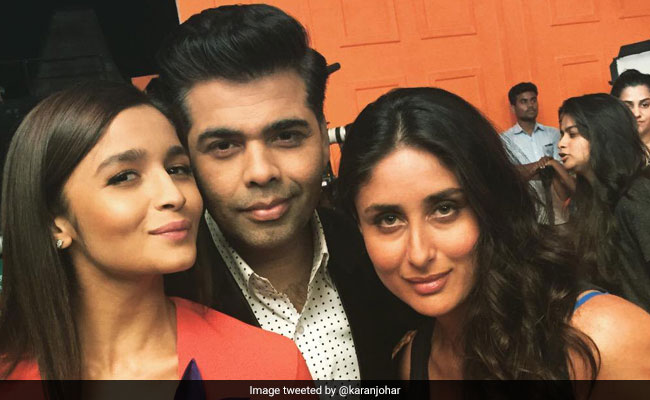 Karan Johar's upcoming directorial project Takht generated huge interest amongst movie-buffs when the ensemble cast of the film was announced earlier this year. And now, after almost five months, the 46-year-old filmmaker opened up about the film's subject and story-line for the first time on Neha Dhupia's talk show No Filter Neha. When asked about the timeline of the period piece, KJo said: "So, I've to say that Takht is hugely the most passionate piece of material that I think I will ever direct. I'm hugely passionate about it. I'm obsessed with the Mughal era ever since I can remember. That's the one part of history that I was obsessed with in terms of its visual texture, its content, the controversies, the political betrayal, the love, the lust, the decadence, the debauchery, the madness, the violence. Everything about that era is exotic and its gorgeous and its absolutely beautiful."

Divulging more details about the film, Karan added that Takht will be set during Mughal emperor Aurangzeb's reign and will be a fictional onscreen adaptation of the power battle between Aurangzeb and his brother Dara Shukoh (also known as Dara Shikoh). "It's something that I've always chased and wanted to like kind of put up there and finally when Sumit Roy, the writer, came to me with the story of Dara and Aurangzeb (which is pretty much the first time I'm saying what Takht is about), I think it is that part of history. And I'm like it's just something that I'm so passionate about."

Speaking to Neha Dhupia, the filmmaker, who clearly couldn't contain his excitement about Takht, added that he will get into a 'do-not-disturb' sort of a mindset once he begins work on the film. "I can't wait to get into the prep mode, which I've already started off with. I can't wait to put this film on floors and I can't wait for the world to see it. I'm so excited about the cast, I'm so excited about Ranveer, Vicky, Bhumi, Kareena, Janhvi, Alia and Anil Kapoor, who I'm working with for the first time. So, I've told everybody in office that when I start the film, just leave me alone," said KJo, about his one, final instruction to his team members once Takht goes on floors.

Takht is scheduled to go on floors sometime between August and September next year and KJo is expecting to complete the film within 6-8 months. "Like everything else, I'll work up to that point but when I'm on the floors with Takht, then I just want to do that and nothing else. 6-8 months will be the filming period. When I start filming in September-August next year, and after that for 6 months, I'm lost to the world of Takht," he said on No Filter Neha.

Another ambitious project which Karan Johar has in the pipeline is Kalank, which will be produced by Dharma Productions. The cast of Kalank includes names such as Sanjay Dutt, Madhuri Dixit, Varun Dhawan, Alia Bhatt, Sonakshi Sinha and Aditya Roy Kapur.