Why Takht Is 'Scary Territory' For Vicky Kaushal 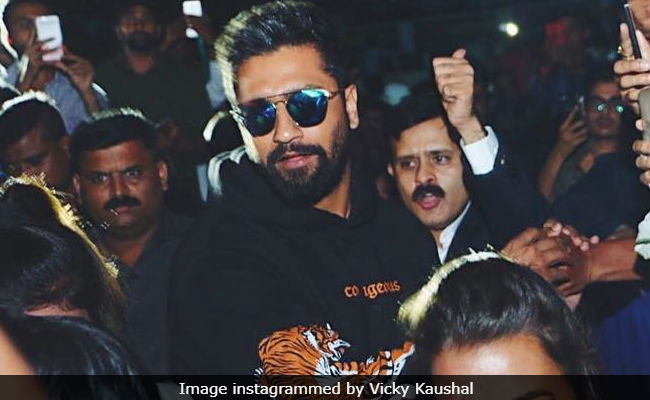 Takht, the story of two warring brothers in the Mughal era, will be one of the "scariest territories as an actor" for Vicky Kaushal, reports news agency PTI. The Karan Johar-directed period piece also stars Anil Kapoor, Ranveer Singh, Kareena Kapoor, Alia Bhatt, Bhumi Pednekar and Janhvi Kapoor. Speaking about his new project, Vicky Kaushal told PTI: "Takht is one of the scariest territories I am going to enter as an actor. I can't give out the details but for sure, it's going to be something. I am filled with excitement and anxiety. It's a good space as an actor. I am really anxious about what I'm getting into."

This will be the second time, Karan Johar will direct Vicky Kaushal after a segment in Netflix anthology Lust Stories. "To see your name on a Karan Johar poster is as dreamy as his films. It took me some time to let it sink in that I'm one of the leads in a Karan Johar film. It is one of his biggest films ever so it feels surreal, overwhelming," said Vicky Kaushal about starring in Takht.

"I've grown up watching his films. I've seen Kuch Kuch Hota Hai (KJo's debut film), Kabhi Khushi Kabhie Gham so many times. He is an extremely special filmmaker. Just to be a part of one of his films, it's huge," he added.

Vicky, who has featured in films such as Masaan, Raazi and SanjuTakht was confirmed when he was shooting for his upcoming film Uri in Serbia.