"Just so you know why exactly we were cast as Rumi and Vicky," wrote Taapsee Pannu 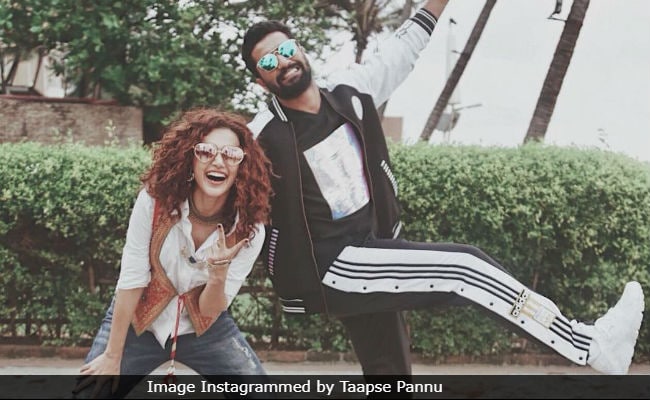 Actress Taapsee Pannu treated her fans to a quirky picture along with her "weird poser," who happens to be none other than her Manmarziyaan co-star Vicky Kaushal. On Tuesday, Taapsee shared a picture on her Instagram account and she couldn't have described the picture in a better way. In the picture, the duo can be seen posing and smiling at the camera. Taapsee accompanied the post along with hashtags such as "Laal Pari" and "Neela Kukkad" and wrote: "Just so you know why exactly we were cast as Rumi and Vicky (name of the characters they play in Manmarziyaan). Don't know what we are doing. Weird posers." The picture garnered lots of love from fans and over 2 lakh likes on Instagram.

Manmarziyaan trailer released a few backs and it went pretty viral. The trailer has over 12 million views on YouTube. The three-minute-video gave us an insight into the vibrant yet complex love story of Rumi, Vicky and Robbie, played by Taapsee Pannu, Vicky Kaushal and Abhishek Bachchan respectively.

Directed by Anurag Kashyap, Manmarziyaan is slated to release on September 7.