Takht: What Karan Johar Said On His Film Being Called Anti-Islamic

"With Takht, this isn't a story that I wrote. History wrote this story, I'm only telling it," said Karan Johar 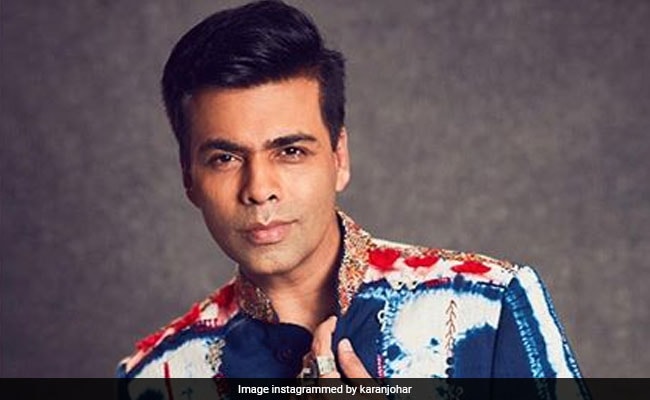 Takht will be the most expensive film under the Dharma Productions banner and filmmaker Karan Johar has responded to questions asked about the film, which is based on the relationship between Mughal emperor Aurangzeb and Dara Shikoh. Karan Johar responded to questions on Islamophobia in the current atmosphere and the allegations of his film being called anti-Islamic. This film on the Mughal period, this time from the Dharma Productions banner under Karan Johar, deals with the sensitive topic of the relationship between Mughal emperor Aurangzeb and Dara Shikoh, who's head was cut off on Aurangzeb's instructions after a power struggle. As soon as the teaser of the film released, many said there were concerns of the film being anti-Islam. At a time when there have been huge concerns over Islamophobia, many feel the film may further feed those notions leading to questions which Karan Johar did not shy away from answering.

At press conference, when asked how he will strike a balance in Takht as Bollywood period films have often been criticised for endorsing Islamophobia, Karan Johar replied: "My dear, you are talking to a filmmaker who's directed a film called 'My Name is Khan.' My sensitivities to religions across the world will always be on point. That's something I believe in as a human being, as a citizen of this great country and generally as a world citizen. Sensitivities to everyone and everything are something that we all take very deep care of. Also, with Takht, this isn't a story that I wrote. History wrote this story, I'm only telling it."

The film has gotten people talking due to its high stakes as well. The budget is huge and the multi-starrer cast includes Kareena Kapoor, Alia Bhatt, Ranveer Singh, Janhvi Kapoor, Vicky Kaushal, Bhumi Pednekar and Anil Kapoor. The film will be shot in multiple locations and after two years of planning, it will finally go on the floors next month.

The film is expected to release in 2021 and is already in the news for its subject, cast and budget. But Karan Johar who is himself directing the film says with him in charge, there should be no concern about Islamophobia.