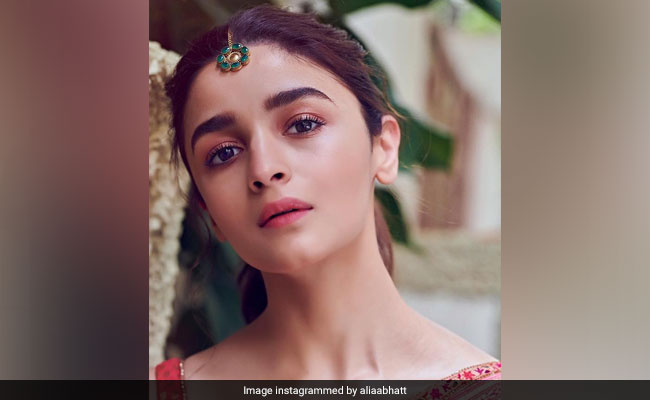 Actress Alia Bhatt, who is currently prepping for Karan Johar's Takht, shared an update from the sets of the film on Sunday. Giving us a sneak-peek into the discussion of Takht, the 26-year-old actress shared a boomerang video on her Instagram story, in which she can be seen holding a red coffee mug with Takht written over it and Karan Johar can be seen having a chit-chat session about the film in front of her. Other than Alia Bhatt, Takht's dreamy cast includes Ranveer Singh, Anil Kapoor, Kareena Kapoor, Bhumi Pednekar, Vicky Kaushal, and Janhvi Kapoor. And now, take a look at Alia Bhatt's Instagram story here: 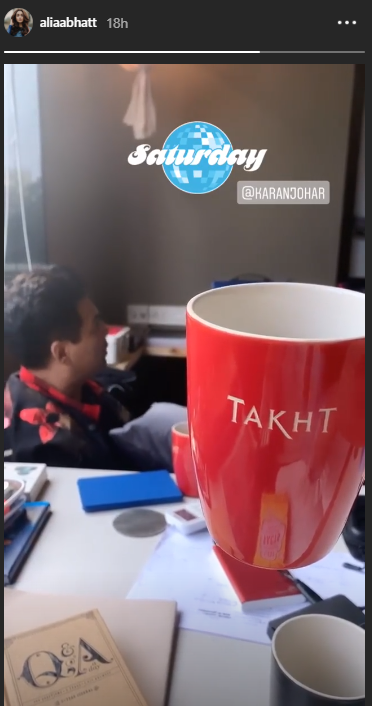 Karan Johar's Takht is reportedly based on Dara Shikoh and his younger brother Aurangzeb's battle for the Mughal throne. Dara Shikoh was defeated and executed in 1659 on Aurangzeb's orders. The makers of the film have kept the details of the characters under wraps but it has been reported that Ranveer Singh and Vicky Kaushal will play the two warring brothers onscreen. Takht will go on floors later this year and it is expected to open in cinemas in 2020.

Alia will next be seen in Brahmastra alongside her rumoured boyfriend Ranbir Kapoor and Amitabh Bachchan. The film, a fantasy adventure, is directed by Ayan Mukerji. She is also busy shooting for Sadak 2, which marks the return of her father Mahesh Bhatt as director, 20 years after he helmed his last feature Kartoos. Sadak 2 also features Sanjay Dutt, Pooja Bhatt and Aditya Roy Kapoor.