Karan Johar's tweet hints that Ranveer Singh may play Dara Shikoh while Vicky Kaushal may be seen as Aurangzeb in Takht. 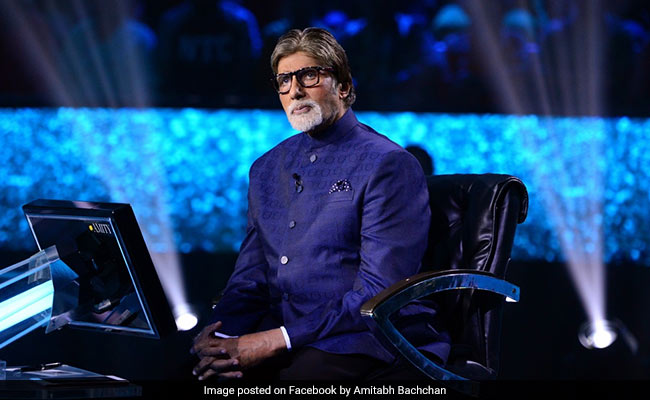 Karan Johar, bursting with excitement, announced that Tuesday's Rs 1 crore question on Amitabh Bachchan-hosted Kaun Banega Crorepati had a connection to his upcoming film Takht. Karan Johar, 47, tweeted that he knew the answer to the question - "Whose Persian translation of several Upanishads is known as the 'Sirr-e-Akbar'?" - which 19-year-old contestant Himanshu left unanswered. The filmmaker also said that Ranveer Singh, one of the lead characters in Takht would have also known the answer. "I knew the 1 crore answer!!!!!! #DaraShikoh and so would you have Ranveer Singh. #Takht," tweeted Karan Johar, along with a picture of his television screen displaying the question.

I knew the 1 crore answer!!!!!! #DARASHIKOH and so would you have @RanveerOfficial#TAKHTpic.twitter.com/VJeajwMYO3

Dara Shikoh, who translated over 50 Upanishads from Sanskrit to Persian, was the younger son of Shah Jahan, whom the Mughal ruler favoured as his successor. However, Aurangzeb defeated Dara Shikoh in a war of succession and the latter was executed in 1659. Karan Johar's Takht is reportedly based on the same battle for the Mughal throne.

Apart from Ranveer Singh, Takht also features Alia Bhatt, Kareena Kapoor, Anil Kapoor, Vicky Kaushal, Janhvi Kapoor and Bhumi Pednekar. The makers have kept the details of the characters under wraps but it has been reported that Ranveer Singh and Vicky Kaushal will play the two warring brothers onscreen and now, Karan's tweet hints that Ranveer may play Dara Shikoh while Vicky may be seen as Aurangzeb.

Takht will go on floors later this year and it is expected to open in cinemas in 2020.