A picture of Taimur, Kareena Kapoor and Saif Ali Khan from Gstaad, Switzerland, was being shared widely on social media 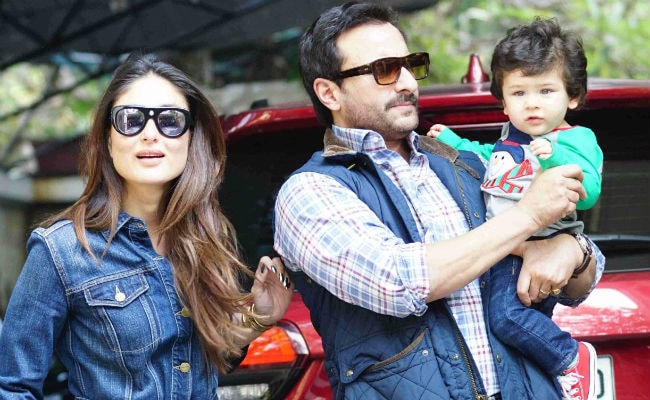 New Delhi: A couple of days ago, Taimur Ali Khan, along with parents Kareena Kapoor and Saif Ali Khan, flew to Switzerland to ring in the New Year. On Friday morning, a picture of Taimur, Kareena and Saif from Gstaad, a resort town in the Swiss Alps, was being shared widely on social media and in just a few hours, it became viral. (The Internet hearts this picture of the Pataudis and so do we). Taimur, Kareena and Saif are twinning in black. Little Taimur, sitting on a snow Kart, definitely steals the attention. Here's the viral picture we are talking about.

Switzerland is Kareena's favourite holiday destination. Several months ago Kareena and Saif took Taimur to Gstaad for his first vacation.

Here are some pictures from Taimur's birthday bash.

After the birthday celebrations were done, Taimur attended the Kapoors' annual Christmas brunch along with his parents. He was the star of the get-together and the pictures, shared by the Kapoor family, are a proof of that.

The of the Christmas lunch

Trying to get Little T's attention but he's still dreaming of Santa!

Promoted
Listen to the latest songs, only on JioSaavn.com
Kareena Kapoor, 37, and Saif Ali Khan, 47, married in 2012. They started dating on the sets of their 2007 film Tashan. Kareena and Saif have also co-starred in films like Omkara, Kurbaan and Agent Vinod. Kareena's upcoming project is Veere Di Wedding while Saif is awaiting the release Kaalakaandi. He was last seen in Chef.