Tahir Bhasin Had To 'Up His Game' In Front Of John, Sonakshi in Force 2 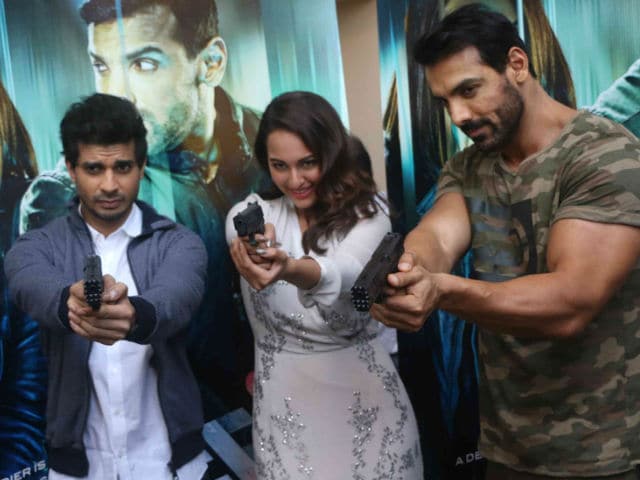 New Delhi: Actor Tahir Bhasin says he had to stand out in front of John Abraham and Sonakshi Sinha in their forthcoming film Force 2 as they're both experienced action stars in Bollywood.

The 29-year-old Mardaani star says he had a lot of pressure to look as real and effortless as possible because he was working in the action genre for the first time.

"I had to up my game in the film because when you are doing a film with an action superstar like John and actress like Sonakshi, who has just come out of her action film Akira, you have to do your best," Tahir told PTI.

"At the same time, it was extremely challenging for me to stay calm while performing action sequences. Fortunately, it worked really well because almost everyone on sets from my director to the crew did their job with unity."

Tahir says he underwent a difficult training session for the film and his co-star John, 43, helped him a lot during that period.

"There was a lot of functional training involved. But John has been immensely supportive. We even had a great Hollywood trainer on the sets for specific action sequences. John was the one, who put me in touch with the trainer. He was so helpful and an amazing person."

Praising Sonakshi, Tahir says, "When you get along with these people and they treat you with absolute respect it just makes your job so much easier. She was a great co-star."

Tahir, who played a kingpin in his Bollywood debut Mardaani, will again be seen in a negative role in Force 2 but the actor says there are no similarities between the two characters.

"My first film was very static. It was about a guy, who sits around and makes phone calls but in this film we have chase sequences, bike races and often helicopter cameras so reacting to all of that technology as well as maintaining the character it was completely different."

Tahir says he was waiting for a good project after the success of Mardaani.

Promoted
Listen to the latest songs, only on JioSaavn.com
"It was really important for me to pick a project which had great story, producer as well as director and I think with Force 2 all those boxes were ticked. The choice of your second film is as important as your first one."