Actor Nirmal Soni, who previously played the role of Dr Hathi for a year till Mr Azad took over in 2009, may just return as the new Dr Hathi 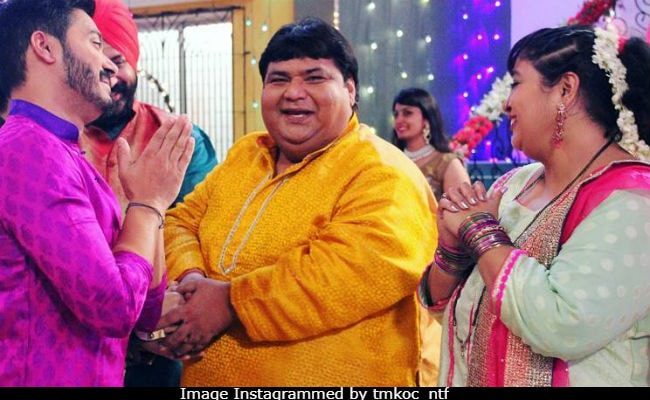 Taarak Mehta Ka Ooltah Chashmah lost a much-loved and adored member of the cast with the tragic end of actor Kavi Kumar Azad, who is best-known for portraying Dr Hansraj Hathi in the popular sitcom. The character of Dr Hansraj Hathi is one of the most popular ones from the show and while the cast misses the presence of Mr Azad on sets, eliminating the character from the show will not be a smart move, producer Asit Kumarr Modi told SpotboyE. Meanwhile, a source close to the production told Indian Express that the team are hunting for the perfect replacement: "Producer Asit Kumarr Modi is personally looking into the casting and wants the perfect replacement. While it's really hard to find someone as talented as Kavi, we are doing our best. We should have a confirmation about the replacement soon."

"Dr Hathi is a very important part of the show. The audience loves him and so the makers want to retain the character," added the source. Meanwhile, the makers may just select a former member of the cast, the source told Indian Express. Actor Nirmal Soni, who previously played the role of Dr Hathi for a year till Mr Azad took over in 2009, may just return as the new Dr Hathi.

Kavi Kumar Azad died of cardiac arrest on Monday. He was reportedly 45. After his death, speculation was rife if Dr Hathi would continue to make appearances in Taarak Mehta Ka Ooltah Chashmah. We got a confirmation of sorts after Asit Kumarr Modi, who was also a close associate of Mr Azad, earlier told SpotboyE that the character of Dr Hathi must continue to remain on the show owing to its popularity. "We will have to replace Dr Hathi, if you want to know. It's the actor who has passed away, not the character."

In 2009, Kavi Kumar Azad had replaced Nirmal Soni on Taarak Mehta Ka Ooltah Chashmah to join as Dr Hathi. Around the same time, his health deteriorated on sets and he had to opt for bariatric surgery. The actor reportedly lost some 100 kilos as he recovered after the treatment. In the later years, he's also been advised a second bariatric surgery, which he opted out of in the fear of not getting assignments in the TV industry. Kavi Kumar Azad's last rites were performed in Mumbai on Tuesday afternoon, which was attended by almost the entire cast of Taarak Mehta Ka Ooltah Chashmah.