Taapsee Pannu, Rejected For Not Being An 'A-Lister,' Asks For A 'Formula' 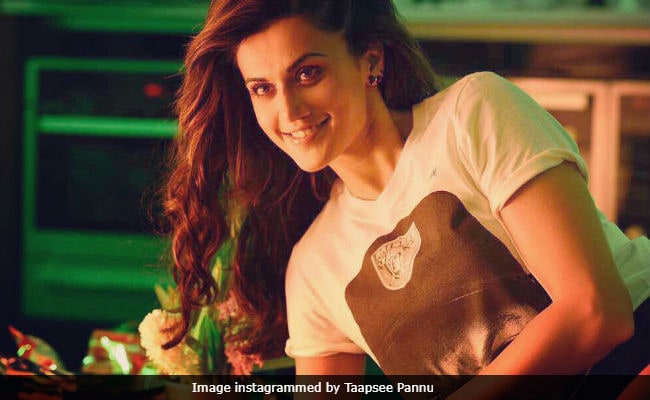 Mumbai: Taapsee Pannu, who has made her mark with films like Pink, Naam Shabana and Judwaa 2, says she is yet to crack the code of being an "A-list" in the Hindi film industry. The year 2017 has not been great for Bollywood, but Taapsee's Naam Shabana can be counted as one of the highest grossing female-centric films, and "Judwaa 2" has also raked in the moolah. Yet, Taapsee wonders why she isn't counted among the "top". "I am yet to find out the definition of being an 'A-listed' actress. What does that mean? See, as an actress, I am happy that people are offering me good roles and I am earning success critically and commercially. But it bothers me when a designer says, 'No, Taapsee can't be my muse or the show stopper, I want an 'A-lister' actress for this collection," she said.

"It happened with the brand endorsements as well. So, I am saying that I am ready to give the entrance exam of entering the club of 'A-listed' actresses, but can someone please tell me the formula. Maybe awards? I do not know," Taapsee added.

Taapsee transitioned from the south Indian film industry to the Hindi movie world. She made her debut in Bollywood with Chashme Baddoor in 2013, and landed roles in films like Baby, Running Shaadi, The Ghazi Attack, Pink, Naam Shabana and Judwaa 2.

It's a festive weekend, guys! Go to the theatre nearest to you and dance to the tunes of #Judwaa2. #HappyDussehra #FestiveMode #InTheatresNow

She does not fear failure.

Remembering her early days in the Telugu film industry, Taapsee said: "You know, it is funny now, but in the beginning of my career, some of the films failed at the box office and filmmakers stopped casting me saying I am bringing bad luck to their film."

"The funny thing is that in those films, my contribution was nothing but three songs and five scenes. I have seen so much failure in the south that I know that we cannot control our success rate. It's not about our desire to perform in a great story. At the end of it, box office result matters. And the weird thing is that we do not know the formula of that," she said.

She says she has been "really lucky" to have worked in commercial potboilers as well as content-driven. "But I think it is the responsibility of an actor to find the balance because the film industry is ready to give you a tag in no time," she said.

Having said that Taapsee's successful portrayals have been those of women with a fighter instinct. Has it been a conscious choice of doing women-centric films?

Taapsee said: "No. Actually, I did not get an opportunity to do so, maybe because I have a very natural fighter instinct that filmmakers have noticed and offered me roles in films like Baby or Naam Shabana that need toughness, actions. I am an outspoken person in real life."

She also says fails to understand why people feel that women essaying ornamental roles in movies do not require 'artistic skill'.

"Who said that looking good is not a task? There are so many girls with a well maintained body, but will they be able to walk the beachside in front of the camera wearing a swimsuit? Carrying your body in a certain manner to look sexy is also an art. One needs to learn that, so we should respect such a performance equally as we do of a de-glam, realistic performance in films."