Salman Khan shares a great bond with Isabelle's sister Katrina Kaif, with whom he has worked in many films, including Tiger Zinda Hai, Bharat, Ek Tha Tiger and Yuvvraaj 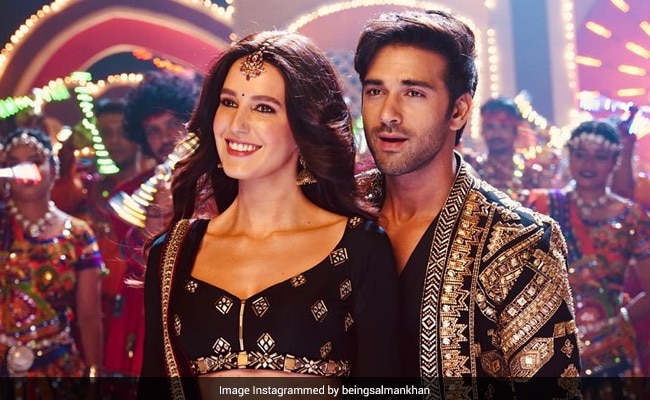 Just hours after Pulkit Samrat and Katrina Kaif's sister Isabelle Kaif shared the first look poster of their new film Suswagatam Khushamadeed, the duo got a big shout out from Salman Khan. The Dabangg actor shared the first look poster of the film on Instagram and congratulated Isabelle and Pulkit in his own way. He wrote: "Arre waah, Pullku and Isa... you guys are looking amazing together in #SuswagatamKhushaamadeed... congrats and all the best. God bless Isabelle Kaif and Pulkit Samrat." Salman Khan shares a great bond with Isabelle's sister Katrina. The duo have worked together in many films, including Tiger Zinda Hai, Bharat, Ek Tha Tiger and Yuvvraaj.

Pulkit Samrat was previously married to Salman Khan's rakhi-sister Shweta Rohira. However, things didn't work out between them and the duo separated in 2015.

A day ago, Pulkit Samrat had teased his fans about his new film by sharing a still from it without revealing Isabelle Kaif's face. "Goofy, fun and gorgeous! Can you guess who my co-star is," he asked his fans in his caption.

Isabelle Kaif, who made her acting debut with the 2014 film Dr Cabbie starring Kunal Nayyar, Adrienne Palicki and Vinay Virmani, is already working on Karan Butani's Kwatha, in which she shares screen space with Salman Khan's brother-in-law Aayush Sharma.

Pulkit will next be seen in Haathi Mere Saathi, which features Baahubali actor Rana Daggubati in the lead role.