Sushmita Sen's Brother Rajeev Describes Her As "Self-Made, Role Model For Many Indians"

"I can proudly say that my sister is a self-made woman," Rajeev said 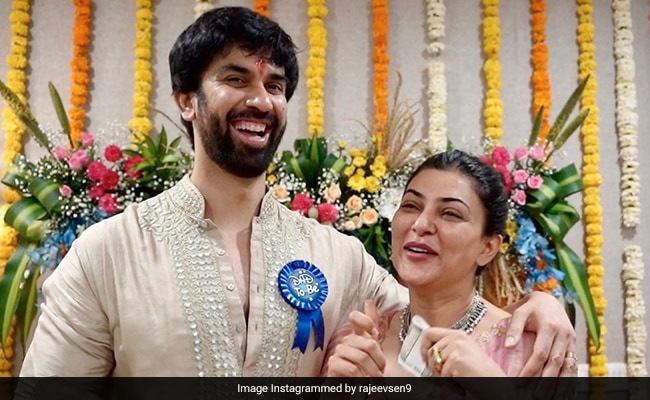 Actress Sushmita Sen's brother Rajeev has spoken up for her after the Aarya star was subjected to trolling over her romantic relationship with Indian Premier League (IPL) founder Lalit Modi. Speaking to ETimes, Rajeev Sen described his sister as a "self-made woman" and a "role model for many Indians." Sushmita Sen, 46, has been called a "gold digger" in comments on social media after Lalit Modi revealed last week that he and the former Miss Universe were dating. "A lot has been said about my sister negatively regarding her current pictures with Mr Modi. I can proudly say that my sister is a self-made woman. She knows her priorities, she is a responsible mother and a role model for many Indians. Nothing can take that away from her. Also, whatever my sister had to say, she has done that through her Instagram posts." Rajeev Sen told ETimes.

The Instagram posts Rajeev Sen means are these - Sushmita shared three posts since Lalit Modi made their relationship social media-official. The third of these addressed the trolling she has received. "The so-called intellectuals with their idiosyncrasies... the ignorant with their cheap and at times funny gossip... The friends I never had and the acquaintances I've never met all sharing their grand opinions and deep knowledge of my life and character, monetising the 'Gold Digger' all the way!!! Ah, these geniuses," Sushmita Sen wrote, with a picture of herself in the Maldives.

Sushmita Sen's first post of the three in question was a selfie with her daughters Alisah and Renee, explaining that she and Lalit Modia are not married. She wrote: "I am in a happy place!!! NOT MARRIED...NO RINGS...Unconditionally surrounded by love!! Enough clarification given...now back to life & work!! Thank you for sharing in my happiness always...and for those who don't...it's #NOYB Anyway!!! I love you guys!!!"

In a second post, as the trolling snowballed, Sushmita wrote about "noise cancellation."

Sushmita Sen is known for her work in films like Main Hoon Na, Filhaal and Zindaggi Rocks. She plays the lead in the well-received web-series Aarya, now in its second season.