Sushmita Sen, Making A Comeback In Aarya, Says She "Can't Work In Something Regressive"

"If you want a show in the present time, you can't make something regressive," said Sushmita Sen 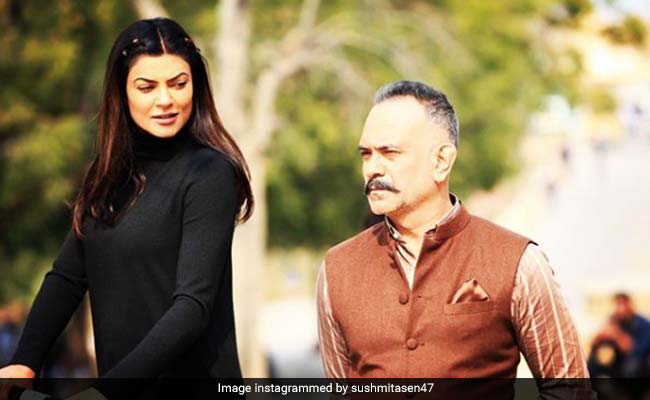 Sushmita Sen in a still from Aarya (courtesy sushmitasen47)

Sushmita Sen says she cannot be a part of "something regressive" as an actor and that's why web series Aarya, which marks her return to mainstream acting after a decade, appealed to her.

The actor said she had offers prior to the show but they were not as "appetising and interesting" as her role in the Disney+Hotstar series. The show start streaming from June 19.

"I don't think women today in India are 'bechari'. If you want a show in the present time, you can't make something regressive and I, for one, will not work in that scenario. I can't work in something that is regressive, I never will," Sen told PTI in an interview.

The Bollywood star said she wants to align herself to inspirational stories.

"It doesn't always has to be mind-blowing as central characters are but I can't do something that is uninspired and give six months of my life to it unless it has substance in it to inspire people," Sen, whose last Hindi film was Anees Bazmee's 2010 film No Problem, said.

In the show, the actor plays the role of Aarya Sareen, a happily married woman whose world turns upside down when her husband (Chandrachur Singh) is shot. She gets to know that he may have been involved in an illegal drug racket which now threatens her family.

The 44-year-old actor said Aarya is "an author-backed role" where she gets to play a woman who rises when put in a tough spot. "When you look at Aarya, she is not an extraordinary woman doing extraordinary things. She has a lot of grit and conviction but she has been put into places where she didn't want to be."

Sen said often in cinematic representation, women are put in direct competition with the man to show them stronger, which is unnecessary.

"There are strengths that women have... it makes her a hero by the virtue of just that emotional strength that she carries. She has a brain that can be as loving and generous as it can be manipulative. You don't want to mess with a woman if she has made up her mind." Some of the nuances in the character come from her own life of being a mother to daughters Renee and Alisah, she said.

"There is a lot of me in Aarya. As a mother, I am very protective about my children. I am not a fussy mother. I can be a task mom and so is Aarya and that aspect has been brought by Sushmita into Aarya. There is a lot of fight in Aarya which is again something that I have abundantly in me."

The web series, which is based on the Dutch series Penoza, is co-directed by Ram Madhvani, Sandeep Modi and Vinod Rawat. Sen said Madhvani, best known for his biopic on Pan Am flight attendant Neerja Bhanot, does not see characters in terms of their genders.

"In season one of Aarya, he has invested a lot in creating characters including that of Aarya, where you don't jump from being a housewife to a don just like that. There is a natural progression.

Season two is where she takes the siege," she added.

The former Miss Universe said the makers have chalked out plans for next few seasons of the show, which also features Sikandar Kher, Ankur Bhatia and Namit Das.

"Progressively, we have five seasons written and every season the character just keeps getting stronger and stronger and more exciting," she added.

The response to the trailer of Aarya has led to more interesting offers coming her way, Sen said.

"With Aarya, it has changed. Now the offers and scripts that I am getting are brilliant. Moving forward we should have content driven stuff coming more from me," said the actor.