Aarya Trailer: Sushmita Sen Bares Her Claws In This Do Or Die Thriller 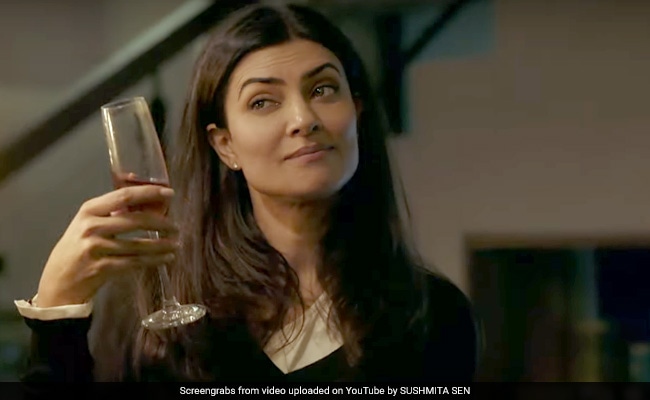 Sushmita Sen in a still from Aarya trailer (courtesy YouTube)

It's here. The much-awaited trailer of Sushmita Sen's upcoming web-series Aarya released on Friday and looks pretty darn promising. Directed by Ram Madhvani, who helmed Neerja, the Disney+Hostar special show Aarya is based on Dutch drama series Penoza. "This is for everyone who never gave up! I love you guys," Sushmita wrote on YouTube while sharing the trailer. Aarya is Sushmita's first acting project after she was last seen in Bengali film Nirbaak. 2010 movie No Problem remains Sushmita's last Bollywood film. So, Aarya is Sushmita's comeback of sorts and she's all set to make one it with a bang!

The trailer of Aarya begins with an introduction to Sushmita's character Aarya as a family-oriented woman - Chandrachur Singh plays her husband. Aarya's world is shattered when she learns her husband deals in illegal medicines. Heart-broken, just as Aarya threatens to divorce her husband, he is shot and the plot takes a twist. As an investigation begins, Aarya realises that her husband was perhaps part of an international drug racket and that her family's lives are in danger.

The second part of the trailer is all about Aarya's transformation. She wipes off her tears, picks up the gun and jumps straight into the murky business. "I can go to any length to save my family," Aarya says in the trailer. The web-series also stars Sikander Kher, Manish Choudhary and Namit Das in key roles.

Watch the trailer of Aarya here.

Aarya will be available on Hotstar+Disney June 19 onwards.