Sushmita Sen will make her web debut with Aarya 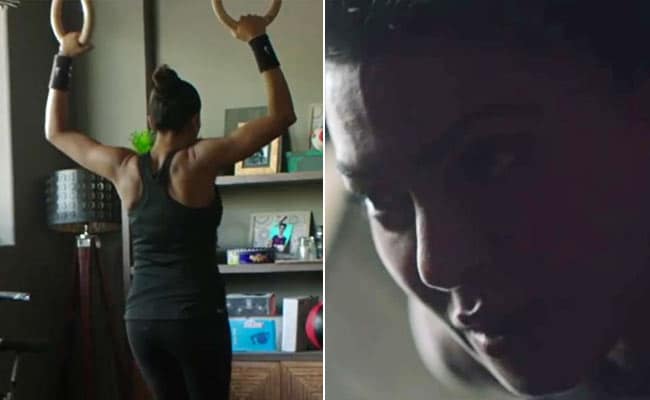 It's finally here! Sushmita Sen, who is all set to start her second innings as an actor, shared the first look of herself in her upcoming web-series Aarya on Tuesday and immediately sent the Internet into a tizzy. Sushmita, who was last seen in the 2015 Bengali film Nirbaak, will make her web debut with Aarya, which will soon premiere on Disney+Hotstar. The actress shared the first look of her web-series and wrote: "To turn her world upside down. New home, new ropes! #aarya #firstlook." In the clip, Sushmita can be seen practicing aerial workout. Towards the end, we get a glimpse of her fierce look and we bet it will also leave you wanting more.

Sharing the first look, Sushmita Sen's boyfriend Rohman Shawl gave the actress a big shout out and wrote: "Goosebumps! Now that's how you do it. So excited! Sushmita, you go girl."

Check out the first look of Aarya here:

Earlier in the day, Sushmita teased her fans by sharing an update about Aarya. An excerpt from her caption read: "Aapne bulaaya aur hum chale aaye! Hotstar Specials presents #Aarya coming soon! Now it's your turn to tell me, what you think #Aarya is about?"

"Because of YOU...I AM" Aapne bulaaya aur hum chale aaye!! Hotstar Specials presents #Aarya coming soon!! Now it's your turn to tell me, what you think #Aarya is about? Tell me in the comments below and the lucky one who comes closest to guessing it right...goes live with me here on Instagram very very soon!!!@disneyplushotstarvip @officialrmfilms I LOVE YOU GUYS!! #duggadugga #webegin

Aarya will be directed by Ram Madhvani. Sushmita Sen will play the lead role named Aarya in the Hotstar Specials series. Other details about the show are currently under wraps.