Sushmita Sen: Adoption Was Not An Act Of Charity But My Wisest Decision At 24

Sushmita Sen is a single parent to daughters Alisah and Renee 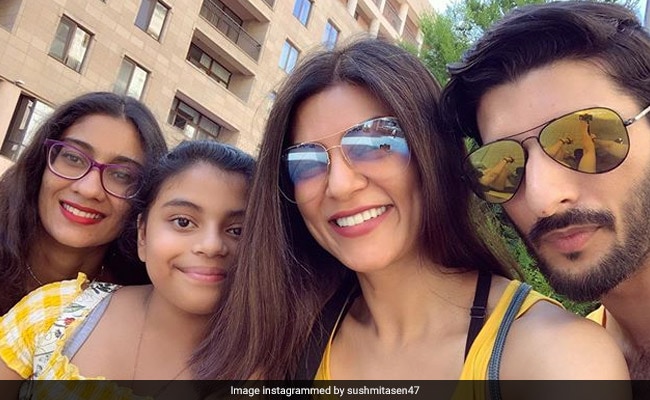 Sushmita Sen, who loves to fill up her Instagram with memories with her daughters Renee, 18, and Alisah, 10, recently opened up about her decision of embracing motherhood as a single parent through adoption when she was all of 24. Sushmita clarified that as opposed to generalised viewsa that adoption is "an act of charity", it was a matter of celebrating motherhood for her: "The wisest decision I made at the age of 24 was to become a mother. It stabilised my life. People think it was a great act of charity and wonderful action but it was self-preservation. It was me protecting myself," news agency IANS quoted her as saying at an event in Hyderabad. The former beauty queen adopted Renee in 2000 while Alisah joined the family in 2010.

Elaborating on her point, Sushmita Sen added that adoption makes a woman a "mother who has given birth from her heat": "In the (case of) natural birth, mother and child connect through the umbilical cord but in adoption, the mother and the child are connected by this higher power, a connection that you cannot cut off. I have had the privilege of experiencing it twice. To become a mother who has given birth from the heart. I have not missed a day of feeling the joy of motherhood," she said.

'A glistening sunset' #somethingaboutit #togetherness #goa I love you guys!!!

In Sushmita Sen's recent interview with Rajeev Masand on Women We Love, Sushmita revealed she told Alisah about adoption through a game of Opposites: "We started playing Opposites like tall-short, etc and then I said adopted and biological. I told her, 'Biological is boring... everybody is born from somebody's stomach. Why would you want that? You're special because you're born from the heart'."

Sushmita Sen is currently dating model Rohman Shawl, who shares a great rapport with Renee and Alisah. The quartet are often spotted on family holidays and even spending quality family time together. While there's been no confirmation yet, Sushmita Sen and Rohman Shawl are reportedly looking forward to a winter wedding this year.

Sushmita Sen has an impressive legacy of stardom - she was crowned Miss Universe in 1994 and became the first Indian to win the beauty pageant. Aishwarya Rai Bachchan lost the Miss India title to Sushmita and she went on to win the Miss World title. Sushmita joined Bollywood in 1996 with Dastak and is best known for films such as Maine Pyaar Kyun Kiya?, Biwi No 1 and Main Hoon Na. On the work front, she was last seen in Bengali film Nirbaak.