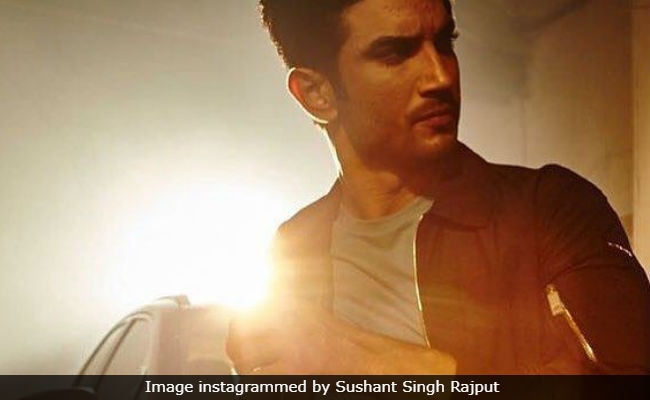 New Delhi: Sushant Singh Rajput shared his success mantra with news agency IANS and said that he opts for roles he thinks he'd "fail in" because that becomes a challenge for him to "outdo" himself. Sushant, best known for his roles in M.S. Dhoni: The Untold Story and Kai Po Che!, told IANS: "My philosophy of success in life is to find different ways of failing, I would fail three to four times but the fifth time when I succeed it would be my personal experience, it would help me emerge as a person." Sushant's next project, Kedarnath, reunites him with his Kai Po Che! director Abhishek Kapoor. Kedarnath is Saif Ali Khan and Amrita Singh's daughter Sara Ali Khan.

Apart from Kedarnath, Sushant has signed up for Sonchiriya, in which he plays the role of a dacoit and Tarun Mansukhani's Drive co-starring Jacqueline Fernandez. Sushant says that these upcoming films are time consuming and but it doesn't "take a toll on me because I like acting." He told IANS: "This is something I don't mind investing my time in. I am so passionate about acting that if one day people stop putting money in my movies, I will put in money and prod people to watch my films that's how much I enjoy it; so time consumed in making movies is time well used," he said.

Sushant Singh Rajput became a household name after starring in television show Pavitra Rishta> he quit television in 2011 to try his luck in films. Today, six films later, Sushant has a reasonable resume with a mix of box office hits and duds. On the one hand Kai Po Che!, M.S. Dhoni: The Untold Story and PK performed well at the ticket window, films like Detective Byomkesh Bakshy! , Shuddh Desi Romance and Raabta failed to impress the critics.

So what is the life learning that Bollywood has given him so far?

"When it comes to my work, I act because it is one of those many things that I really like doing, and hence I choose those projects that help me prepare for the role. So, in that way I learn more about a thing with every new project. Hence Bollywood has given me a lot of learning, mostly that failure is just a way of pushing myself to do more and more and better myself with every new project that comes my way," he told IANS.

"While this journey has been very exciting, my stint so far in Bollywood has imparted a lot of learning, owing to the challenging roles that I have opted for. In terms of changing me as a person, I have started believing more in presence than productivity, because I feel the more and more you are present the more productive you become," Sushant added.

Promoted
Listen to the latest songs, only on JioSaavn.com
Sushant Singh Rajput's last film was Raabta opposite Kriti Sanon.