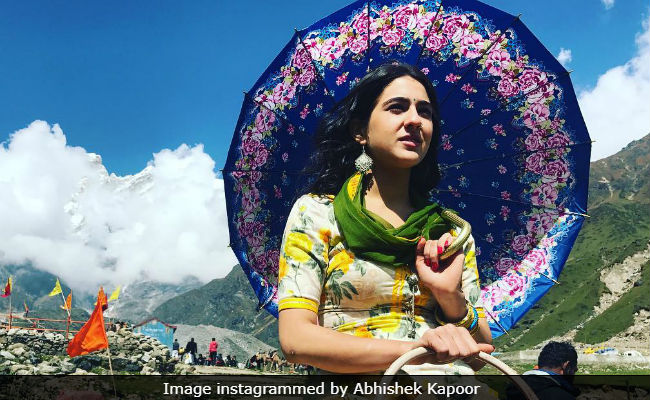 New Delhi: Sara Ali Khan has reportedly been sued by the producers of Kedarnath for giving away her dates to Simmba while she was still under contract for the Abhishek Kapoor-directed film. Guy In The Sky Productions Pvt Ltd (owned by Abhishek Kapoor) has filed a case against Sara, daughter of actor Saif Ali Khan and Amrita Singh, and her talent management company and demanded Rs 5 crore as damages, a Times Of India report stated. In the plea, the filmmakers said that though Sara had agreed to be available for the shoot but she retracted after she was informed that she'll be required to shoot from May to July - she had committed her dates in June to Rohit Shetty and Karan Johar's Simmba, opposite Ranveer Singh.

The filming of Kedarnath was stalled for weeks after Abhishek Kapoor's company and former co-producer KriArj Entertainment (owned by Prernaa Arora) got into a legal tussle regarding the film's funding. In April it was reported that Ronnie Screwvala took over as the co-producer and earlier this month it was announced that Kedarnath will release in November, a month before Simmba.

In light of Kedarnath's filming issues, trade analyst Atul Mohan said Sara Ali Khan reassigning her dates for a new project was a 'fair' move. He told Hindustan Times: "When the makers of Kedarnath were not able to fulfil their commitment and complete the film on time, it's only fair on an actor's part to not waste time and give those dates to another film. The new producer (for Kedarnath) came on board only recently, but if that didn't happen, the film would've been delayed for another few months."

Promoted
Listen to the latest songs, only on JioSaavn.com
Producer Amul Vikas Mohan backed Atul Mohan and said: "With Kedarnath, there was a big ambiguity among everyone, including the ones who are now suing Sara, about the fate of their own film... you can't expect a young new actress to hold on to it forever. Her career is at stake and she needs the right push," reports HT.

As of now the tentative release date of Kedarnath is November 30 while Simmba will open in theatres in December 2018.